Watch Chris Cornell Cover The Beatles’ ‘A Day In The Life’ 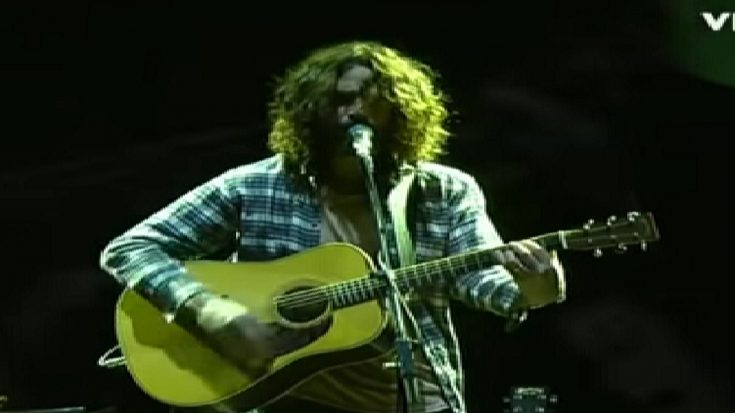 Songs from the Beatles’ quintessential album Sgt. Pepper’s Lonely Hearts Club Band is legendary, but “A Day in the Life,” from the album’s closing track, has always stood out best. It’s one of the most well-known tracks in music history and frequently appears on best-of lists by magazines. With that in mind, the production, the level of experimentation, and the amount of effort put into the song have made it incredibly hard to be performed live.

Although the song is credited to Lennon–McCartney in general, most of the verses were written by John Lennon. His lyrics were heavily influenced by news headlines of the time, notably one about the death of Tara Browne, a Guinness heiress. Two avant-garde-inspired orchestral glissandos are included in the album’s tracklist. Paul McCartney then slips into the middle section, which talks about his childhood, which includes scenes such as riding the bus and smoking.

Lennon spoke about the song’s origins in a 1970 interview. “Paul and I were definitely working together, especially on ‘A Day in the Life…’ The way we wrote a lot of the time: you’d write the good bit, the part that was easy, like ‘I read the news today’ or whatever it was, then when you got stuck or whenever it got hard, instead of carrying on, you just drop it; then we would meet each other, and I would sing half, and he would be inspired to write the next bit and vice versa.”

“He was a bit shy about it because I think he thought it’s already a good song … So, we were doing it in his room with the piano. He said ‘Should we do this?’ ‘Yeah, let’s do that,’” Lennon further commented.

This tune had a 41-piece orchestra play on it, meaning, if there’s a slight chance you’d dare on taking your rendition to this epic gem, there’s a great chance that you’d ruin it. However, that’s not to say that we should look past marvelous covers of this seminal track. The likes of Jeff Beck and Barry Gibb took a shot at creating their version, but Chris Cornell accomplishes something far wondrous than theirs: he manages to capture the song’s dizzying, chaotic grandeur using only a loop station and an acoustic guitar as his only equipment.

Watch and listen to his performance below.