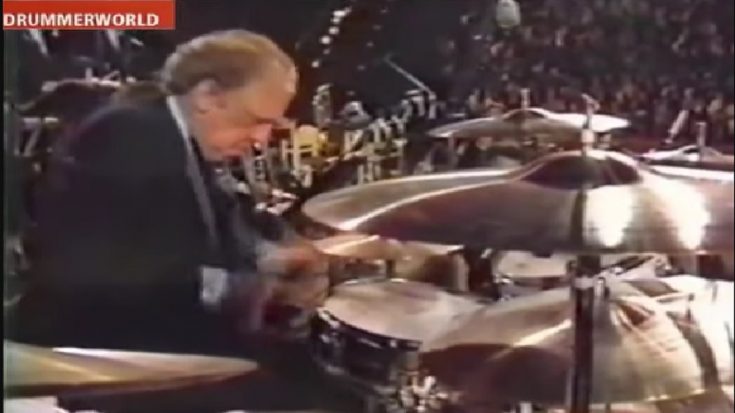 Buddy Rich was one of the most prolific drummers ever known in the music industry. He’s hailed for being one of the musicians that contributed immensely to jazz music, inspiring hundreds of artists to admire the genre in its entirety.

Rich joined Joe Marsala’s band in 1937 to fulfill his lifelong ambition of playing drums in a swing band, but he soon left to play with Artie Shaw and record with him on such successes as “Begin the Beguine.” After Shaw abruptly left his band in the middle of a performance in 1939, Rich joined the band of Tommy Dorsey, the most celebrated bandleader of the swing era. Frank Sinatra, who he would later meet, would eventually join the band as its main singer in 1939. Apart from playing with Dorsey’s band, Rich was also the drummer for a number of jazz greats, including Benny Carter and Harry James.

Then, in 1982, the jazz drummer traveled to the Dominican Republic to play at the outdoor Altos de Chavón Amphitheater for a crowd of 5,000. Rich was joined by Sinatra, Vincent Falcone Jr., Gene Cherico, Tony Mottola, and Irv Cottler, who delivered an unforgettable performance at the Concert for the Americas, belting out standards from musicals like New York, New York, and West Side Story as well as jazz standards and extended versions of fan favorites.

You can watch the epic performance below.