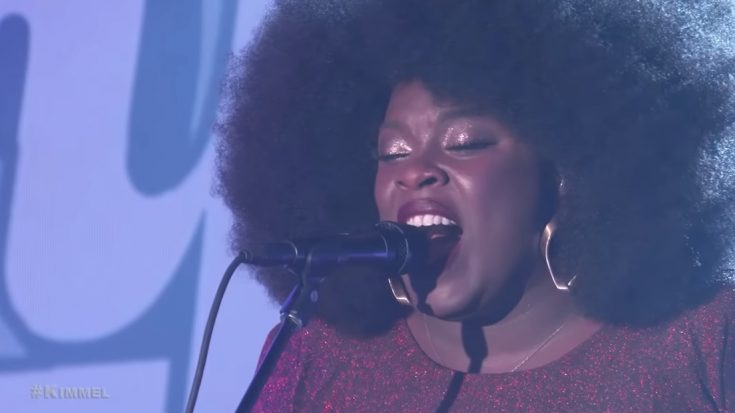 Brit singer YOLA made a guest appearance on the Jimmy Kimmel Live show and performed two songs, one being an original of hers, “Faraway Look”, and her impressive rendition of the timeless Elton John classic, “Goodbye Yellow Brick Road”.  YOLA’s performance was nothing short of moving, with her spectacular interpretation being matched toe-to-toe by her live band.

The deluxe edition of YOLA’s recent album, Walk Through Fire, contains her very own cover of the aforementioned Elton John hit. As a response to the cover, Elton said on his radio show Rocket Hour: “If you haven’t heard of Yola… go and see her. You’ll be delighted at what you hear.”

The new YOLA album was produced by the Black Key’s Dan Auerbach, and has earned three Grammy nominations along with YOLA’s own nomination in the Best New Artist category. In an interview with Rolling Stone, YOLA said: “The response has made me highly emotional. Getting tweeted by Kendall Jenner and Jamie Lee Curtis was not on the list of things I expected for this record.”

Watch the amazing performance by clicking on the video below.