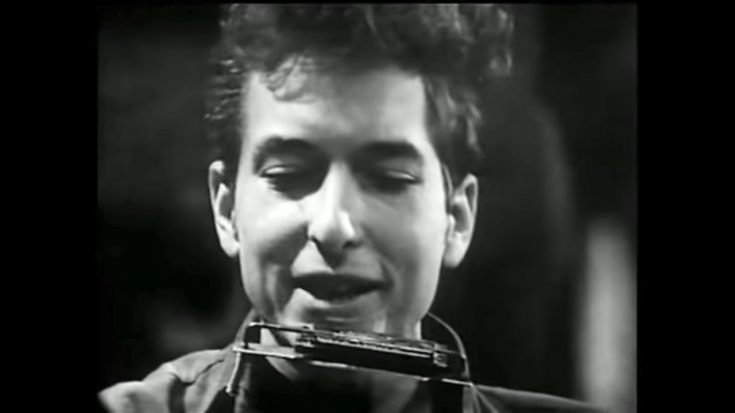 Folk music is largely responsible for establishing Bob Dylan’s genius as a composer. Below, you can watch a rare 1964 footage of Dylan in CBC Quest performing a true folk fest of songs.

After dropping out of college and having a few confrontations with his father, who wanted him to take a more conventional route, Dylan moved to New York City in January 1961 to be closer to his idol, Woody Guthrie, and the broader folk movement. Finding Guthrie, a godlike figure to the young aspiring troubadour, was at the top of Dylan’s list of things to achieve before he died. The early 1960s were a dark time for Guthrie since he had already been diagnosed with severe and hereditary Huntington’s disease. However, the protest singer had plenty of company. His biggest devotee, Bob Dylan, sat at Guthrie’s side as he passed away. Around 1961, Dylan penned one of his earliest songs, “Song to Woody,” dedicated to him.

Those subsequent three years were critical for the rock music revolution and for Dylan’s emergence as a globally renowned musician. As the 1960s sped into their midpoint, Dylan began fusing the rock and roll of the ‘50s with the folk music he had previously championed. Fans then were divided when Dylan “went electric,” especially since he became an important face in catapulting the popularity of folk music. Nevertheless, absolutely no one could question Dylan and his musical genius, not particularly with how well he delivered a fine performance in the video presented below.