Watch Bob Dylan, Keith Richards and Ron Wood’s Performance Of “Blowin’ In The Wind” In 1985 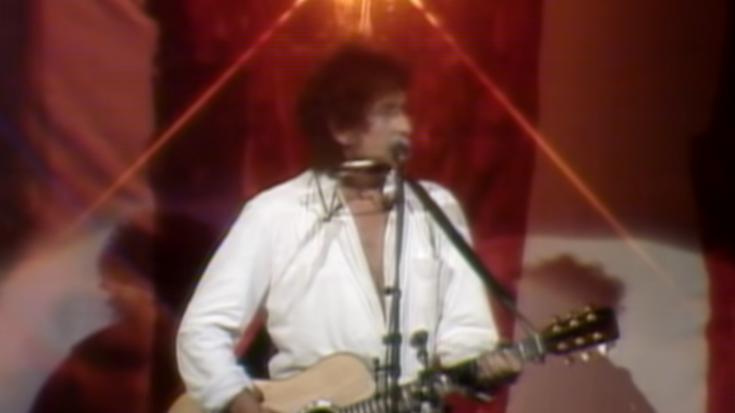 It was a performance worth remembering when Bob Dylan performs his iconic song “Blowin’ In the Wind” along with Keith Richards and Ronnie Wood – but only for the wrong reasons.

The year was 1985, around the time of the phenomenal Live Aid concert, intended to help the famine in Ethiopia. The UK performances were well-remembered, with highlights delivered by Queen, Black Sabbath, and many more. The pressure was on for the US performances, which went also well, but not for all of the artists. And that includes the trio’s disastrous set.

Dylan, Richards, and Wood put on a terrible show at Live Aid. When three legends were supposed to perform a stripped-back version of an iconic song for a crowd full of happy faces, it didn’t go well from the very start and didn’t last long. But the highlight perhaps was actor Jack Nicholson’s introduction of Dylan.

“Some artists’ work speaks for itself,” Nicholson said. “Some artists speak for a generation. It’s my deep personal pleasure to present to you one of America’s great voices of freedom, it can only mean one man, the transcendent, Bob Dylan!”

But in all fairness, it’s nice to have these three people unite and jam one of music’s most prized songs of all time. The video can be viewed below.