Watch Behind The Scenes From David Gilmour’s Return To Pompeii 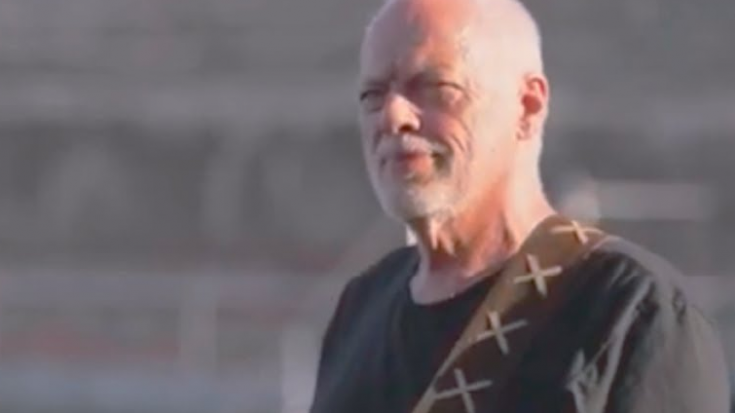 David Gilmour’s epic concert film Live At Pompeii showed the musician’s knack for all things nostalgic and remarkable. Upon the departure of Roger Waters back in the year 1985, Gilmour became the primary force behind Pink Floyd from then on. However, that didn’t stop Gilmour to release his first solo album On an Island in 2006, and in 2015, his fourth album Rattle that Lock was released.

To give the fans a quick peek at how fantastic the Rattle that Lock album was, Gilmour decided to tour around the world. His setlist was an assortment of his Pink Floyd and solo songs, which is everything that his fans want. He also assembled a team to document his experiences inside the tour, and in 2017, began to produce his first live concert film named Live At Pompeii, recorded inside the Amphitheatre of Pompeii. Before the release, the guitarist’s official YouTube channel showed preview videos for fans to watch, hyping them up until the full documentary was provided. The concert film was a masterpiece by Gavin Elder.

“My plan is to get people who have an artistic vision themselves and see what they can do. I don’t want it to be rigid or controlled,” Gilmour says during an interview with Rolling Stone. “I don’t know how to make films; I’m a guitar player. And Gavin knows what he’s doing.”

Today, another behind-the-scenes concert footage of Gilmour inside Pompeii surfaced on the internet, with Gilmour naming it “Return of Pompeii.” You can watch the video below.