Watch Barry Gibb Have Everyone Dancing To ‘Stayin’ Alive’ In Glastonbury 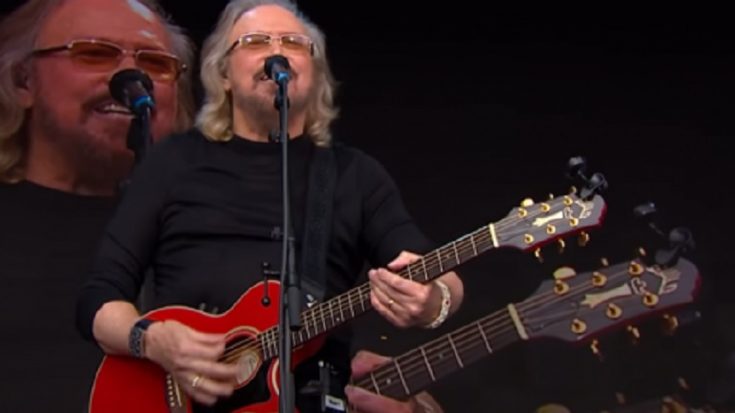 If you are ever in the mood for dancing to old-disco music, it would be no time wasted if you opt for the sensational Bee Gees tracks. Their songs, forever embedded in the disco music history, made possible with the Gibb brothers, Barry, Robin, and Maurice.

And while the Bee Gees’ reunion seemed unlikely to happen, it was a moment of pure ecstasy to know that the remaining Bee Gee member, Barry Gibb, performed one of the group’s most beloved tracks of all time: “Stayin’ Alive.”

Barry Gibb is among the performers of the Glastonbury 2017 concert. It was an exciting moment to finally hear one of the greats perform something timeless. Aside from that, the crowd went wild for the sudden flash mob by the security guards of the said event. Looks like it’s the best moment to stay alive indeed!

With the remarkable Barry Gibb’s falsetto present and the unmistakable tune of the song, nothing really has changed. It’s wonderful to know that for every Bee Gees song there is, there will always be a person, young or old, dancing to the rhythm of the classics.