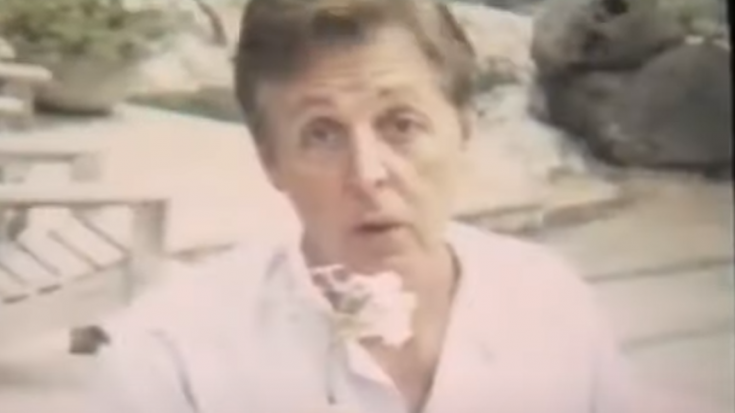 We love a good video featuring power couples living their normal, ordinary life. Presented below is a rare 8mm home footage of Linda and Paul McCartney, inside an unfamiliar place but with a familiar comfort it brings.

Paul McCartney first met his future wife, American photographer Linda Eastman, on May 15, 1967, at a Georgie Fame concert at London’s Bag O’Nails. They wed in March 1969. They had been dating for a year before Paul proposed, but almost didn’t get married because of a huge fight they had a few hours before the wedding.

“We had a big argument the night before we got married, and it was nearly called off,” McCartney told Ultimate Classic Rock. “We were very up and down, quite funky compared to the eventual image of ‘25 years of married bliss! Aren’t they lucky for people in showbiz?’”

After marrying in 1969, Paul and Linda McCartney went on to have three children together: Mary (born in 1969), Stella (born in 1971), and James (born in 1977). During their 25+ years of marriage, they did everything from exploring the world to making music together. Then, in 1995, Linda received a breast cancer diagnosis. She was 56 years old when she finally lost her battle with the disease on April 17, 1998.

The video below shows a funny yet endearing side of the couple. They make a show of being angry for two minutes straight by wagging their fingers and shaking their heads. Paul gives Linda a small set of flowers as an apology, which she promptly sets in a pretty yellow vase.