Wait ‘Til You See The Lucky Legend Currently Dating This Bombshell 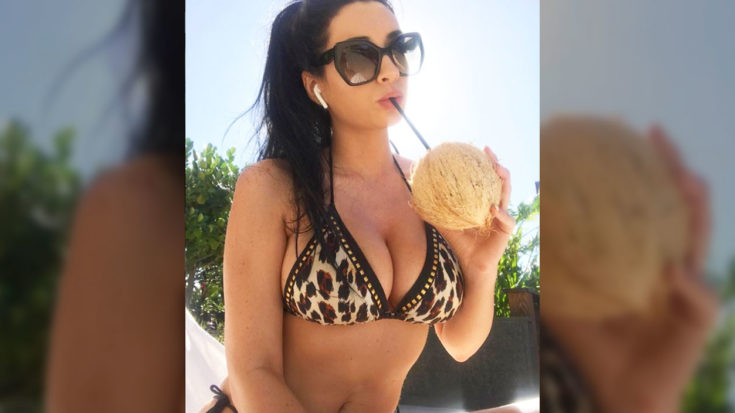 Don McLean’s got a brand new girlfriend just shy of two years after divorcing his wife of 29 years, Patrisha Shnier. By all accounts, the “American Pie” singer’s new love Paris Dylan is everything a man could want – absolutely stunning and a Playboy model, and just from looking at her Instagram it looks like she’s got a healthy appreciation for classic rock.

So what’s the catch?

McLean, 72, has been spotted canoodling with Dylan, 24, for the past several months, if not longer. While not much is known about how these two wound up together, it’s worth noting that Dylan’s Instagram is chock full of photos of the two, most with sugary sweet captions in which Dylan calls McLean “the love of my entire life”.

Happy birthday to the love of my entire life.

From the looks of it, they’re pretty happy. Paris shared photos of herself accompanying Don to various trips around the world, most recently the UK:

Don doing some of his BBC interviews in this black cube! I was playing produce of course

…but she’s also tagged along for some of the biggest moments of Don’s career.

Congrats to this beautiful man ❤️

So EXCITED. Such an amazing thing to be happening. Can’t wait to go see this with Don. ❤️ !#countrymusichalloffame #donmclean

…and let’s not forget this one:

If Dylan’s name rings a bell, there’s a reason: she was featured on one of the most famous episodes of MTV’s Catfish. The episode delved into her relationship with her 33-year-old online boyfriend who turned out to be a Canadian woman trying to extort her. If that wasn’t a wild enough ride for you, don’t worry – it gets weirder. Apparently Dylan’s boyfriend really did exist, but the Canadian woman was somehow intercepting their messages.

Judging by her photos of herself and Don, there’s no worry of this not being real to either one of them. Best of luck to the happy couple!