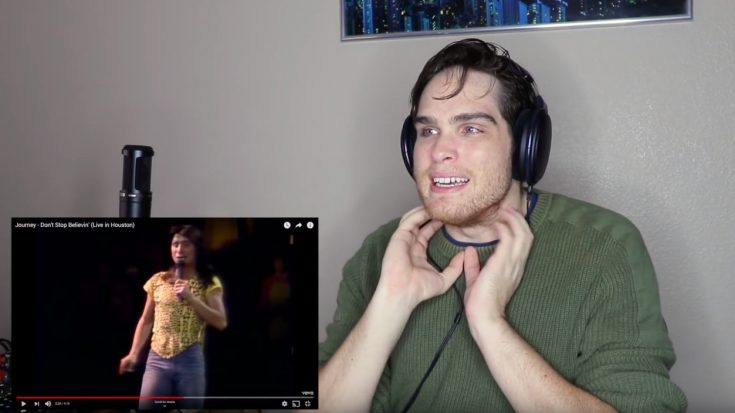 Learn How Steve Perry Does It!

Steve Perry, formerly of Journey, as you most likely already know, is one of the most gifted and iconic rock singers of his time. Whether it’s fronting his former band or performing his incredible solo work, Steve is a walking masterclass of pure singing excellence, but you of course already knew that.

For years, decades even, aspiring singers have tried to mimic his iconic singing style and apply it to their own band. Some have come close, so are almost identical sounding (Arnel Pineda), but at the end of the day there is only one Steve Perry.

So that brings us to the age old question, “how does he do it?” How is he able to utilize his voice in such an amazing way? The answer isn’t simple…

Those of us who aren’t familiar with intricate vocal techniques wouldn’t see it, but there is a lot that goes into Steve’s amazing singing voice, and luckily for us, Sam Johnson is here to help us understand the science behind it all!

“Sam Johnson is a voice teacher originally from Salt Lake City, Utah. He is a full member of IVTOM (International Voice Teachers of Mix), and has a degree in vocal performance from Westminster College. He spent 18 months teaching voice in Hong Kong, working with both amateur and professional singers. Sam now brings his international experience clients worldwide through Skype and FaceTime. His focus on vocal technique can help singers of all levels reach their goals.” – vocalease.net

What you’re about to watch is a video in which Sam watches Journey perform “Don’t Stop Believin'” in Houston, Texas during which he analyzes Steve’s singing techniques and periodically pauses the video to go in depth about the things he sees Steve doing.

It’s clear that Sam knows exactly what he’s talking about and having him explain the techniques that Steve is using truly gives us a new perspective when watching him perform. See for yourself in the video below!