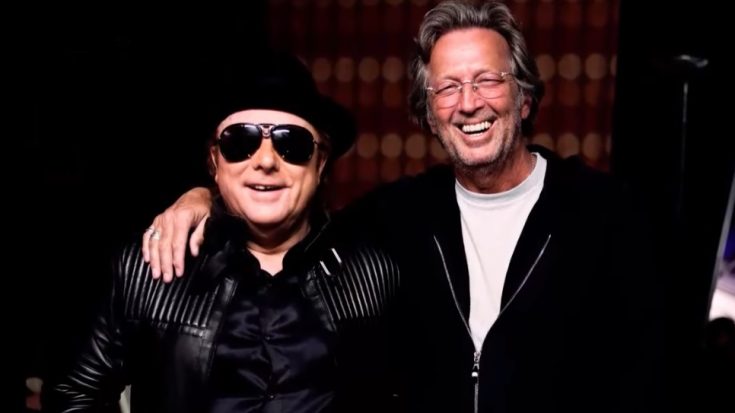 Van Morrison and Eric Clapton worked together on a new anti-lockdown song titled “Stand and Deliver”, which will be digitally released on December 4.

Morrison wrote while Clapton delivered the track, and is a contiuation of the former’s Save Live Music campaigm. The song’s proceeds will go to Morrison’s Lockdown Financial Hardship Fund, which assists musicians who are unable to make a living due to the pandemic and resulting lockdown.

In a statement he made in Variety, Clapton said: “There are many of us who support Van and his endeavors to save live music; he is an inspiration. We must stand up and be counted because we need to find a way out of this mess. The alternative is not worth thinking about. Live music might never recover.”

Morrison noted of how “Eric’s recording is fantastic and will clearly resonate with the many who share our frustrations.” He continued, “It is heart-breaking to see so many talented musicians lack any meaningful support from the government, but we want to reassure them that we are working hard every day to lobby for the return of live music, and to save our industry.”

“Stand and Deliver” follows three of Morrison’s lockdown-themed songs, “Born to Be Free,” “As I Walked Out,” and “No More Lockdown”. He previously critcized the idea of socially-distanced concerts and called it a psuedo-science, saying he only agreed to do three limited-audience shows in the UK so that his band could work.

On his website, Morrison wrote: “This is not a sign of compliance or acceptance of the current state of affairs. This is to get my band up and running and out of the doldrums. This is also not the answer going forward. We need to be playing to full-capacity audiences going forward.”