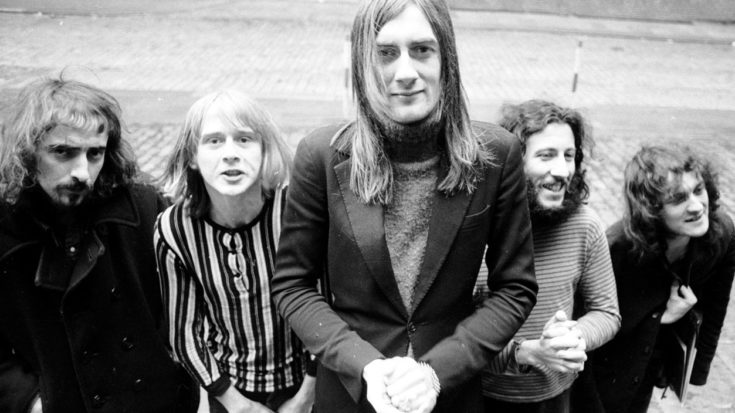 As the world said goodbye to culinary raconteur Anthony Bourdain last Friday, Fleetwood Mac were saying a goodbye of their own. Danny Kirwan, who rose to fame as the guitarist for one of Fleetwood Mac’s earliest incarnations, died Friday at the age of 68; no cause of death was given.

The news broke via Fleetwood Mac’s official Facebook page, a brief statement issued by drummer Mick Fleetwood on behalf of the rest of the band that hailed both Danny’s contributions to Fleetwood Mac’s legacy as well as Danny’s own musical legacy – one that began as a teenager and proved to be the foundation for Fleetwood Mac’s sound.

Today was greeted by the sad news of the passing of Danny Kirwan in London, England. Danny was a huge force in our early years. His love for the blues led to him being asked to join Fleetwood Mac in 1968, where he made his musical home for many years.”

DANNY KIRWANMAY 13, 1950 ~ JUNE 8, 2018A TRIBUTE FROMMICK FLEETWOOD AND FLEETWOOD MAC Today was greeted by the sad…

“Danny’s true legacy, in my mind, will forever live on in the music he wrote and played so beautifully as a part of the foundation of Fleetwood Mac, that has now endured for over fifty years. Thank you, Danny Kirwan. You will forever be missed!”

He then followed up with a list of albums featuring Kirwan’s guitar playing, a time capsule of the four years he spent with Fleetwood Mac before exiting in 1972.

Born Daniel David Kirwan in Brixton, South London in 1950, Kirwan was a natural born musician whose talent received critical acclaim while just a teen. At the age of 17, Kirwan’s guitar playing caught the attention of Fleetwood Mac’s producer Mike Vernon during a performance with his first band, Boilerhouse; wildly impressed by what he saw that night, Vernon ran back to tell Fleetwood Mac founder Peter Green what he’d seen.

The rest, as they say, was history. Kirwan and Boilerhouse began playing support slots for Fleetwood Mac, within a year Kirwan was recruited by Mick Fleetwood to join the band one year later. He’d remain with the band until 1972 – enough time to contribute to 5 albums and give Peter Green his first number 1 hit record with “Albatross,” his huge instrumental hit single.

He embarked on a solo career after being fired from Fleetwood Mac, releasing three albums, none of which were commercially successful; Kirwan’s battle with mental illness began in the late 1970s and sadly, left the music industry shortly thereafter.

In addition to his musical legacy, Danny Kirwan is survived by one son. Mick Fleetwood had it right; the world hadn’t seen much of Danny Kirwan in decades, but the works he left behind ensure that he’ll be forever sorely missed.