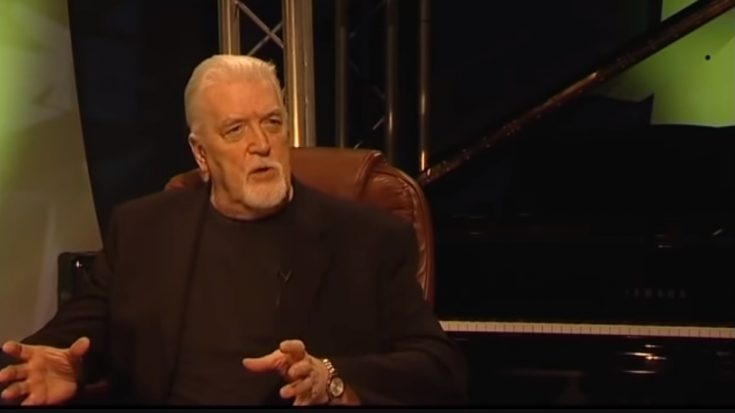 The standard rock n’ roll band format has always been vocals, guitars, bass, and drums. Among other unique add-ons to the overall sound, the keyboard/piano/organ, among its many variations, is the most recognizable. They give the distinct rock formula another dimension, providing melodic support for the arrangement, or even dishing out riffs themselves. Here are some of the best keyboardists in rock music, making it possible for fans to enjoy their music with their tasteful contributions.

Al Kooper made it possible for jazz rock outfit Blood, Sweat, And Tears to come together in 1967, but didn’t stay long enough to experience the band in its prime. Kooper is also known for backing up Bob Dylan when he transitioned into electric instruments. Since then, Kooper has played parts on records of several artists and bands, such as the Rolling Stones and Alice Cooper.

One of the prime movers of psychedelia, Steve Winwood proliferated his craft in his time with Traffic, the Spencer Davis group, and Blind Faith, among others. After branching off from band life, Winwood’s solo career was successful as well, churning out tracks such as “While You See a Chance” and “Valerie”.

Rod Argent established the English rock band The Zombies in 1962, and after its break up five years later, founded his own band, Argent. He was one of the creative contributors of the Zombies, crafting major parts in their song’s lyrics. Argent is known for his preference of instruments, including the Mellotron, harpsichord, and organ.

Southern rock pioneer the Allman Brothers Band had Gregg Allman at the Hammond organ’s helm, with his efficient playing and inlaying the band’s songs with complementing melodies, producing their signature inspirational sound. Allman was known for his rich, soulful voice as well, painting the Allman Brothers Band’s music with a vibrant vitality to it.

Genesis founder and keyboardist Tony Banks was behind many of their hits, tapping into multiple genres like progressive rock, pop, and even classical music in his career. Banks is known for using instruments like Hammond organs, mellotrons, synthesizers, and pianos, each with their own distinct sounds for when Banks wanted to apply a different technique in their recordings and performances.

Rick Wright was indeed the most underrated member in his time with Pink Floyd. Originally the singer-songwriter for the band in their earlier years, Wright eventually donned the mantle of arranger, taking Waters and Gilmour’s compositions together to create the band’s iconic songs. Wright is known for his jazz influences, as well as his skill for improvisation, on his instruments of choice, the Farfisa and Hammond organs, as well as the Kurzweil synth.

Ray Manzarek played a vital role in the American rock outfit The Doors, with his keyboard parts filling in the role of the bass guitar. Manzarek and Jim Morrison met sometime between 1962 and 1965, where the two shared material, Morrison notably singing the juvenile version of “Moonlight Drive” and a few other songs that debuted with the Doors’ career.

Jon Lord infused Deep Purple with the signature brooding sound brought on by his Hammond organ, bringing baroque forms with rock music. Lord is one of the most consistent members in Deep Purple’s lineup, staying from 1968 to 1976. Lord is known for his organ riffs, competing even with Ritchie Blackmore’s guitarwork on most of their records.

Progressive rock pioneers Yes became successful with Rick Wakeman’s songwriting contribution to the band, with his choice of instruments, the grand piano, Hammond and pipe organs, and some variations of synthesizers. Wakeman has also contributed to various bands and artists throughout his career, including David Bowie, Elton John, and Cat Stevens.

Emerson tried his luck with various bands before finding initial success with Nice, taking classical music and arranging them into rock records. He then formed ELP with Greg Lake and Carl Palmer, and is considered to be one of the first progressive rock supergroups to have been established. Emerson was responsible for writing and arranging the bulk of ELP’s music, turning his original classical pieces into rock themes. Emerson is hailed as one of the best progressive keyboardists of all time, with his unparalleled technical ability and feel for playing.