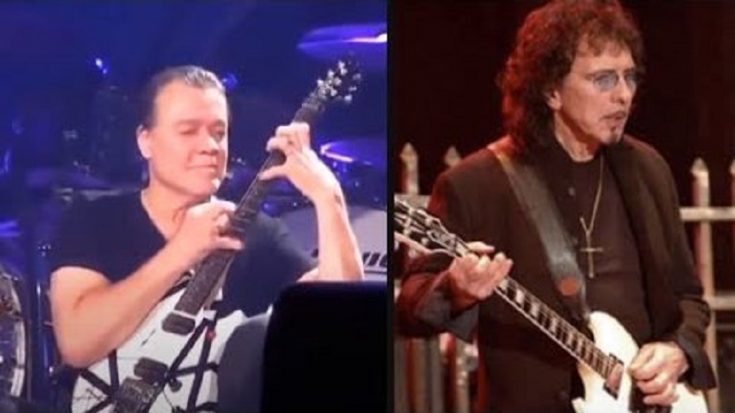 Eddie Van Halen and Tony Iommi are among the finest guitar players you could ever think of. Iommi is one of the forefathers of metal, cementing the greatness of the genre through his band, Black Sabbath. Moreover, Eddie, with his rock band Van Halen, catapulted the hard rock genre that was almost abandoned in the 80s.

But Van Halen was more than just a creator of music; he was long recognized for pioneering guitar techniques that are now commonplace in the more aggressive subgenres of rock. His influence can be heard in its purest form in genres even as diverse as metallic hardcore and black metal – something that Iommi specializes in.

So, when the guitar maestro Van Halen died in 2020, the whole world mourned the loss of another star. Artists, including Iommi who is a longtime friend, paid tributes to the legend, explaining how Van Halen changed the slope of music through his talents.

In the same year during Van Halen’s passing, Iommi spoke with Rolling Stone to recall the friendship they created at the time when Eddie joined Black Sabbath in their 1978 tour. In the interview, Iommi said of Van Halen’s capabilities: “Nobody can play like him.”

“We used to have such a great time together,” Iommi remembered. “We really spilled our hearts out with each other. What I like about Eddie, he was always an inventor. He’d always want to come up with something new.”