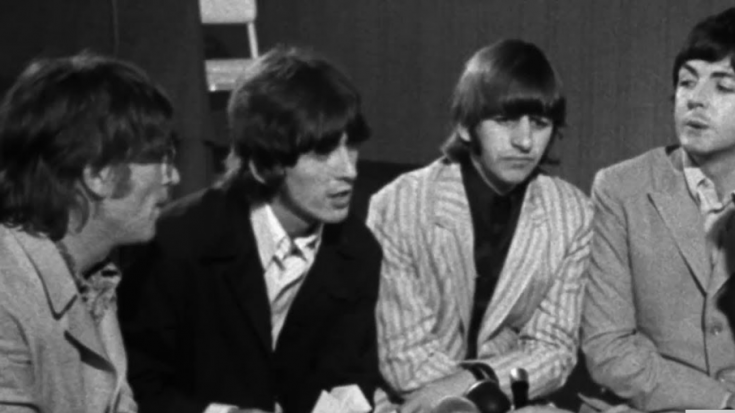 Apart from the gift of musical talents, the Beatles were also naturally-born as jokesters. With their movies and countless interviews, the Fab Four had an ample amount of opportunity to just goof around on camera.

It would be shocking to find a person who doesn’t know the band’s name, let alone know one of their songs. But just in case that person is living under the rock and is in need of a good convincing, you may want to look at the video presented below as a guide for them to like the awesome foursome – apart from their legendary repertoire of songs.

The video shows the other side of the group, from when they’re not making music or even along the process of making or singing one. It’s fun to see artists trolling interviews especially if the questions are stupid or obvious, but the Beatles practically made it popular; making hosts and interviewers wary of their wits. An example of this can be read below.

Interviewer: “Time Magazine recently wrote an article putting down pop music. They described ‘Day Tripper’ as being about prostitute and ‘Norwegian Wood’ as being about a lesbian. What was your thinking behind writing these songs?”

Paul McCartney: “We were just trying to make songs about prostitutes and lesbians, that’s all.” (Audience laughs)

Their masterful use of deadpan humor and witty commentary boosted their charisma to those screaming, teenage girls. But they also love a good make-face or slapstick comedy from time to time.