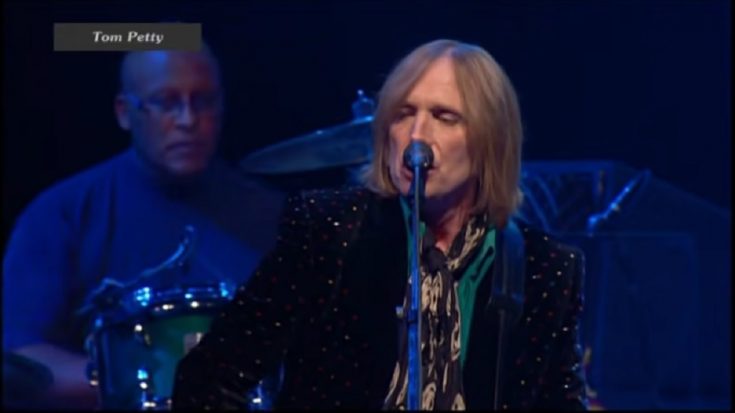 Tom Petty had numerous hits during his career, the reason why his name is forever embedded in the annals of rock n’ roll history. Among those is the classic “Mary Jane’s Last Dance,” recorded with his band, Tom Petty and the Heartbreakers.

Tom Petty and the Heartbreakers recorded “Mary Jane’s Last Dance” in 1993 when Petty was in the studio putting the finishing touches on his second solo album, Wildflowers. The song made its debut on the 1993 compilation album of Petty’s greatest hits, and became his first top 20 success of the ‘90s, shooting all the way to No. 14 on the Billboard Hot 100. It also spent two weeks at the top of Billboard’s Rock Albums list.

A reference to Petty’s Indiana upbringing remains in the song’s opening lines: “She grew up in an Indiana town…she grew up tall and she grew up right / With them Indiana boys on an Indiana night.” The musician wrote the song in Heartbreakers guitarist Mike Campbell’s garage under the original title “Indiana Girl.” The song, which was famous for its ambiguity, was often discussed with several theories; either about Petty’s former wife, his lover, or even about marijuana – often called mary jane in street slang.

“Mary Jane’s Last Dance” is easily a fan favorite, catapulting Tom Petty and actress Kim Basinger (who played the dead woman in the song’s MV) to incredible heights of fame. Petty didn’t often play the song in concerts, but when he did, it was mostly fantastic and heartfelt.

You can watch his live performance of the song below, back in 2006.