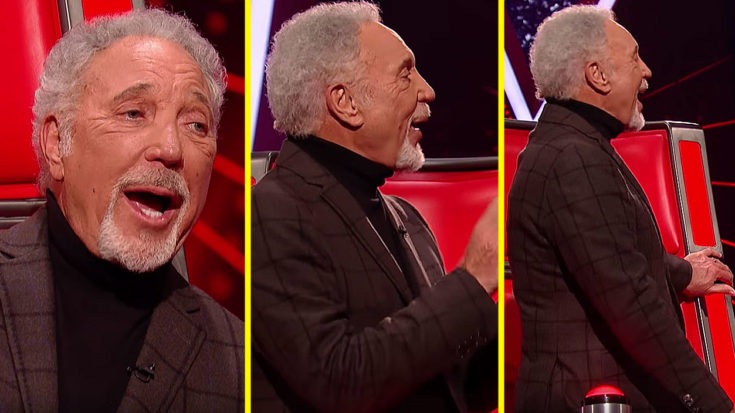 Tom Jones Becomes The Star Of The Show!

It certainly goes without saying that legendary singer Tom Jones has one of the best and most prolific voices in all of music. Tom really gave a whole new meaning to the term ‘powerhouse’ and even to this day, younger performers try their best to emulate his unique voice, but to no avail. At age 77, Tom Jones is still going strong tearing the house down wherever he performs, but as of late he is mostly seen as a judge on The Voice UK.

It’s on this show that even though the focus is to be on the contestants, Tom Jones more often than not steals the show. Whether he’s singing or not, Tom Jones lights up the entire room every time. This time around was certainly no different.

What you’re about to watch is a video in which the aforementioned Tom Jones is sitting casually during an episode of The Voice awaiting the next blind audition, when all of the sudden he decides to randomly sing the iconic smash hit “Great Balls Of Fire”. See for yourself!