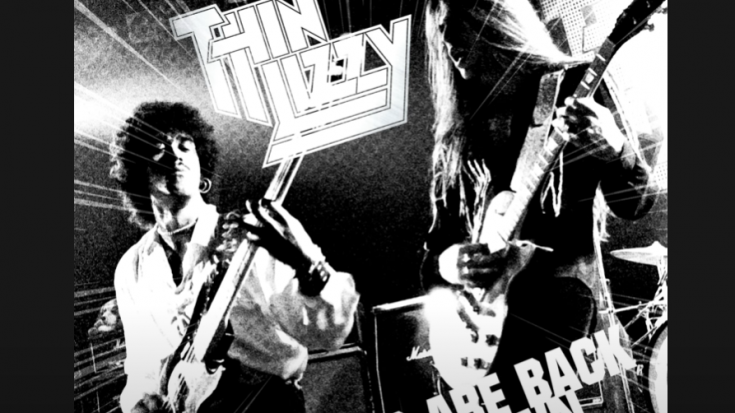 Thin Lizzy is streaming the new 7-inch single edit of their classic, “The Boys Are Back in Town”, which is an exclusive sneak-peak to the upcoming collection titled “Rock Legends”.

“The Boys Are Back In Town” is the lead cut for the band’s 1976 record, Jailbreak, and performed well in the music charts. It reached the top 10 in the UK and Canada, and it landed the 15th spot in the US while the album itself became Thin Lizzy’s only US Top 20 album of their career.

The 7-inch single edit is part of the first of the 6 discs of songs on Rock Legends, which is a career-spanning collection that details the extensive run of the legendary Irish rockers headed by frontman and bassist Phil Lynott.

Rock Legends is out on October 21 and comes in a 6CD-1DVD setup that features 99 songs, 74 of which are previously unreleased. These tracks were compiled by Thin Lizzy guitarist Scott Gorham and band expert Nick Sharp from a pool of newly discovered tapes.

Rock Legends features the entire Thin Lizzy spectrum in its spread, from singles to rarities which include demos, unfinished mixes, and radio sessions, along with a disc of unreleased live recordings from Thin Lizzy’s 1980 Chinatown Tour.