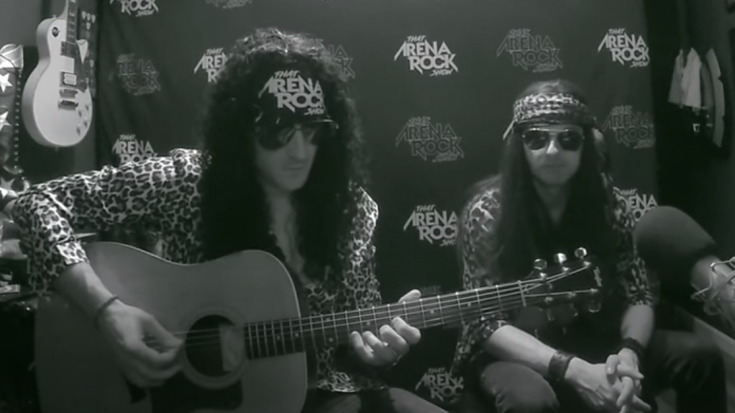 AC/DC songs are frequently covered by dozens or even hundreds of artists since their release. With them being a hard rock band, you would expect that artists of the same music spectrum would only attempt to cover them; but we’re definitely wrong for that matter. Pop singer Celine Dion once wowed the crowd with a powerful performance of the band’s “You Shook Me All Night Long” track during a 2002 Las Vegas performance. See, things like these break barriers in the name of music, and we’re all living for it.

Although it’s true that cover versions by prominent artists are noteworthy, this isn’t the case for all of them. Presented below is an underrated cover of this AC/DC classic presented by the YouTube Channel of That Arena Rock Show. Apart from the Aussie rockers, the YouTube band covers a handful of rock artists as well such as Whitesnake, Motley Crue, Skid Row, Extreme, Ozzy Osbourne, Bon Jovi, and many others, and would often dress up in different rock outfits to match the overall vibe of the music.

An AC/DC classic, “You Shook Me All Night Long” can be found in the band’s magnum opus Back in Black. This was the first single to feature Brian Johnson as the group’s singer after former singer Bon Scott’s untimely death from alcohol poisoning on February 19, 1980.