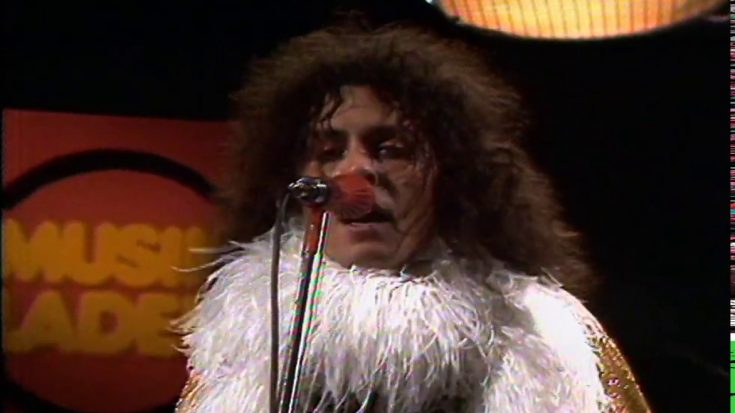 Marc Bolan, on guitar and vocals, guided T. Rex (shortcut for Tyrannosaurus Rex) to become the dominant force in glam rock. The underlying sexuality of early rock & roll was appropriated by T. Rex, who also incorporated unclean, simplistic grooves and heavy, warped guitars into their sound. There was also a prevailing folky/hippie spirituality, which was most evident in the band’s ballads.

Bolan wrote hits that were mostly classics by today’s standards. And what’s not to like about it? Bolan’s creativity shined throughout the albums he released with the group, and even with the underrated T. Rex songs, the musician did his best to give pride in what it’s like to be a genius in songwriting. One underrated song worth noting would be T. Rex’s “20th Century Boy,” a stand-alone single.

Recording for “20th Century Boy” began on December 3, 1972, at Toshiba Recording Studios in Tokyo, Japan. Once T. Rex had finished their tour, they went back to England to record the album Tanx, which the single wasn’t included until the 1985 re-issue. The song’s backing vocals, hand claps, acoustic guitar, and saxophones were all added at this point. Marc Bolan claims that the song’s lyrics are derived from the words of famous people like Muhammad Ali. This is seen in the use of the phrase “sting like a bee,” which was originally used in one of Ali’s speeches in 1969. Moreover, the song rose to the charts again when it was featured in a 1991 Levi’s commercial with Brad Pitt.

You can watch the band’s performance in the German TV show Musikladen back in 1973 below.