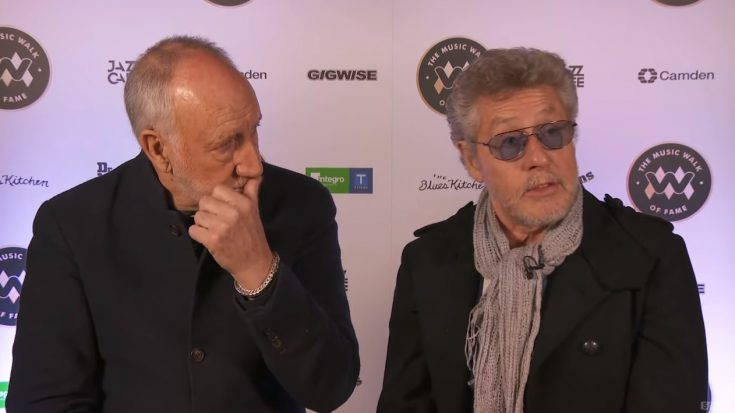 English rockers The Who have been newly inducted into London’s Music Walk Of Fame, and are the first artists to be awarded the honor as well.

According to a report by the Evening Standard, members Roger Daltrey and Pete Townshend were present for the induction, which cemented the band with the first paving stone in the Hollywood Boulevard-esque attraction in Camden. The Walk of Fame stretches along the road between the Roundhouse and Koko, with the organization planning to add 20 more stones for 2020 and are projected to lay 400 plaques over the span of 20 years.

“We are honored to be the first band with a stone on the Music Walk of Fame. Camden has always been vital to London’s thriving music scene and is, as we all know, a world-renowned hub for the arts. As Londoners, it’s very surreal to be immortalized in stone on Camden High Street, and it’s quite something to know that people can pop by and see us anytime, albeit virtually,” Daltrey and Townshend said.

Future inductees of the Music Walk of Fame will be juggled by an international panel of artists, executives, and journalists. The next act slated to be inducted will be the Camden-based band Madness, which will happen in 2020.