The Style Difference Of Dave Grohl and Taylor Hawkins 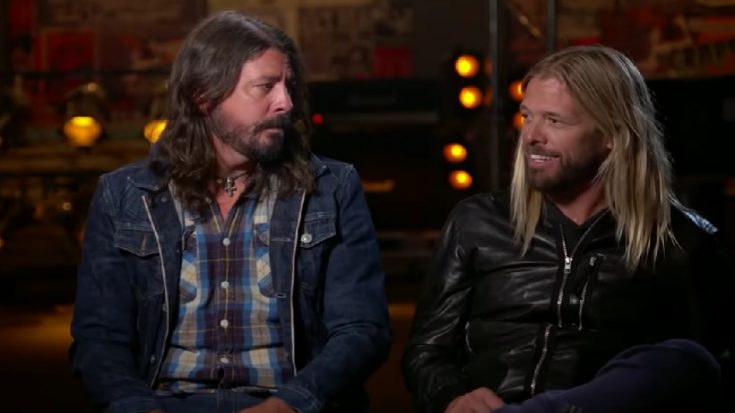 Taylor Hawkins and Dave Grohl’s drumming skills are both legendary, but they thrive on completely different ways of playing the kit. Grohl established his fame as the pioneering drummer of Nirvana, then went on and create Foo Fighters with the job as the guitarist. Meanwhile, Hawkins started on a different lane, starting his first big-shot gig as Alanis Morissette’s touring drummer.

It’s no secret that both drummers have equal respect for each other’s styles. Grohl wouldn’t recruit Hawkins if he didn’t see any potential for greatness. And for Hawkins, he wouldn’t try and join Foo Fighters if he wasn’t impressed with Grohl’s insane mastery of his craft and dedication to music; much like himself. But what makes them entirely different from each other then?

“There’s a simple way to put it,” Hawkins revealed in an interview with Rolling Stone last year. “If he is the disciple of John Bonham [Led Zeppelin], I’m a disciple of Stewart Copeland [The Police]. I mean, that is really kind of the easiest way of putting it. I’m on top. I push just more like that, where Dave is not lazier in the sense of being a lazy person, but his feel is… behind the beat more.”

For Hawkins, Grohl’s drumming is somewhat more suitable in a studio setting, unlike his way of “pushing outside midtempo” that he sometimes got out of it.

Moreover, the most important principle that Hawkins probably held on to with his dear life was to never try to sound anything like Dave Grohl’s playing. “It was never my goal to sound like Dave,” he said. In The Howard Stern Show, he also said that he feels “intimidated” when Axl Rose of Guns N’ Roses asked him what was like drumming for the greatest drummer in the 90s.

But in the end, no matter how different or similar their styles are, we’re fortunate enough to witness the unfolding of rock’s two greatest drummer heroes that we could only imagine.