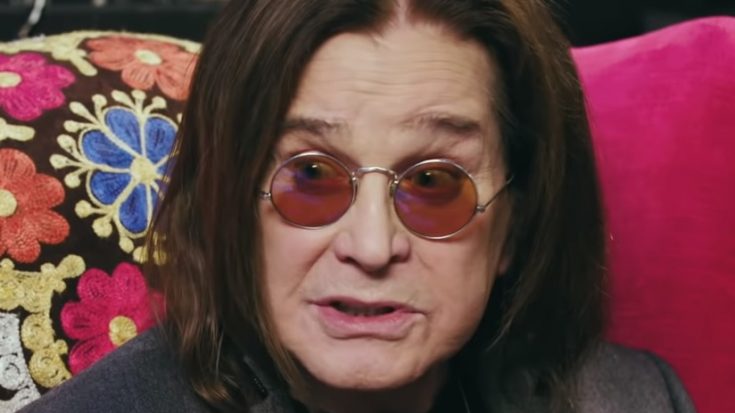 Ozzy in an interview for Ordinary Man album - Beats 1 / Youtube

Ozzy Osbourne has had some crazy stories about animals. It’s safe to say that we’ve all heard about his infamous bat incident of which he allegedly bit a bat’s head off in one of his concerts. Similarly, another chaotic moment happened when the prince of darkness accidentally made a group of pigs excrete their bowels all together. The event occurred in England while Osbourne was filming a music video for his 1988 album No Rest for the Wicked’s first hit, “Miracle Man.”

The song poked fun at televangelist Jimmy Swaggart, who had spent years condemning rock and heavy metal, with much of his outrage focused at the ex-Black Sabbath frontman. Swaggart stated Osbourne was a Satanist and had frequently degraded his work to the media. That’s why Osbourne was ready to fire back when, in February 1988, Swaggart was embroiled in a sex scandal with a call girl.

The lyrics say: “Miracle man got busted, miracle man got busted / Today I saw a miracle man, on TV cryin’ / Such a hypocritical man, born again, dying.” It shows that Osbourne wanted to make sure that Swaggart was getting a spoonful of his hypocrisy. And as for its music video, the rocker made sure to make it grotesque, using a Swaggart mask and a pack of swine inside a church.

Unfortunately, Osbourne didn’t calculate the possibility of how loud the amplifiers could get, so when the music began, something gross happened. Speaking with Guitar World, the musician said: “When the music went on, the pigs all took a massive shit at the same time – because it was so fu****g loud in there. My wife went, ‘Oh, f***!’ The playback started and they all went pfffffftttt! Sixty pigs shi****g! I had a pair of brand-new suede boots on, and I never wore them again. I couldn’t get the fu****g smell of pig sh** out of them.”

The story maybe hilariously grotesque, but at least the song became one of Osbourne’s greats. Listen to it below.