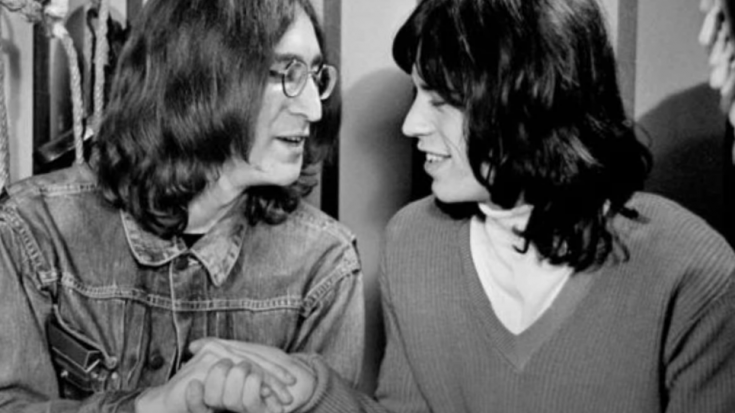 It’s inevitable for The Beatles and Rolling Stones to cross paths with one another; they were the forefronts of the “British Invasion” in the US, and they were also what the media perceived as the “biggest rivals” on each other’s careers.

While the two bands continued to produce original songs as time went by, there hardly seems to be an issue for any song renditions between them. However, fans unearthed these two tracks that seemingly shared space on both the band’s repertoire: “Money (That’s What I Want)” and “I Wanna Be Your Man.”

“Money (That’s What I Want)” is a song recorded by Barrett Strong for Berry Gordy’s Tamla label. This Motown song is adored by the Beatles themselves, and they decided to record their version and release it as the final track on their second UK album, With the Beatles (1963).

But, in the rather coincidental moment, Rolling Stones have also recorded a version of the song for their eponymous album. Unlike their contemporaries’ cover, it never reached the US charts. But the Stones’ fans enjoyed a seemingly rougher Rolling Stones’ version in comparison to the polished version of the Beatles. It was only fair; the Rolling Stones was just getting started.

In 1963, The Beatles were everywhere and they were emerging as the heroes of rock already. With this, Rolling Stones manager Andrew Loog Oldham decided to ask help from the Fab Four; if there’s any song that might help the latter increase their fame. And so, John Lennon and Paul McCartney wrote “I Wanna Be Your Man” for the Stones to record. Lennon even admitted that they wrote the song in front of the Stones, and finished it off as soon as possible. The song became a U.K top 12 hits for the Rolling Stones, making it the song that jumpstarted their careers. As for the Beatles, they made it as a “Ringo song,” letting drummer Ringo Starr sing its lead vocals.