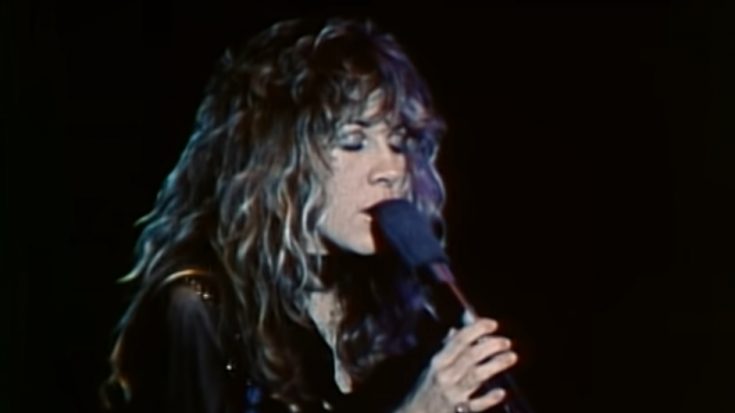 Fleetwood Mac’s 1977 album Rumours was definitely one for the books. Its commercial success and the creative impact were ones that weren’t anticipated by major players in the music industry, maybe from complacency or it was just luck. Rumours didn’t waste a single cut as it was essentially a greatest hits album rolled into a singular studio release.

But amidst the popularity of the album, only one song made it to the top of the charts: “Dreams”. It’s amazing how turbulent relationships can spawn such a work of art, but the album was there, solid proof that maybe chaos was the preferred songwriting setup of the band. Lindsey Buckingham provided the stimulus for Nicks’ “Dreams”  – his own stinging cut, “Go Your Own Way”.

Nicks would go off on her own while the band was fixing their recording setup, wandering off to Sly Stone’s old studio at Sound City, bringing her Fender Rhodes with her to write music. She claims that “Dreams” came to her in about ten minutes. Nicks’ responds to Buckingham’s loving-you-is-regretful stance with something along the lines of leave-if-you-want-to.

Instrumentation was quite sparse but the inherent cleanliness of the record made sense of the arrangement, as it was crystal-clear even with Nicks’ dominating rasp taking center stage. Buckingham contributed vocal harmonies to balance out Nicks’ textures with a haunting quality. The song was originally written to a drum machine preset, giving it that clockwork beat that most dance music had within them, while organic drums by Mick Fleetwood keep the vibrance of the song going, complemented by the subtle rhythm of John McVie’s bass.

Fleetwood Mac had a recent recurrence in popular music thanks to a viral TikTok video where potato house worker Nathan Apodaca is seen skateboarding down the highway with cranberry juice in one hand and the 1977 hit acting as background music.