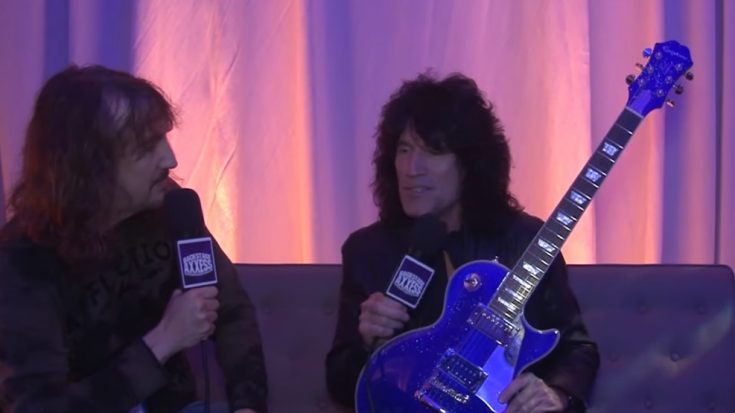 Tommy Thayer of KISS in an interview - BackstageAxxess / Youtube

Tommy Thayer of KISS recalls the moment when hotel staff contacted a SWAT team after Gene Simmons threatened to blow the building up.

The said incident happened way back in June 2000, where the original farewell tour of the band was set. During that period, Thayer was still the tour manager rather than playing onstage with the band, meaning he had to deal with Simmons and the problems he created.

In an interview with BackstageAxxess. Thayer shared, “We were back at the hotel after the show, and people were going back to their rooms, ordering room service and that sort of thing. Gene Simmons is a real stickler – if he’s in a hotel and he calls down to the front desk or room service or whatever, if it takes more than two or three rings for them to pick up, he really goes ballistic.”

The guitarist recalls that he was just “sitting in [his] room… and the front desk calls and she says, ‘We got a real problem. We just called the SWAT team, the police, to come in, because one of your group has just threatened to blow the hotel up. I was thinking, ‘I think I know who that might be, actually.’ He says that jokingly – ‘You gotta pick up the phone, or I’ll blow this place up’ – that’s a Gene Simmons kind of thing.”

“But it kind of got us into trouble, because the police showed up and they thought it was a real bomb threat. I had to assure everybody that it was okay, that this guy … just wanted his cookies and milk after the show,” Thayer added.