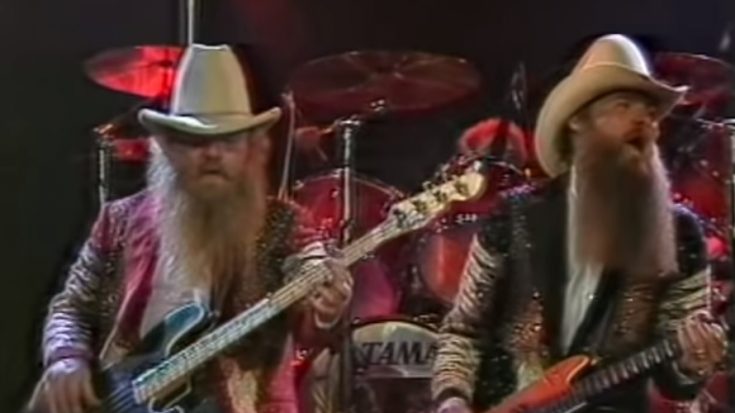 ZZ Top was ahead of their time when they made their seminal hit, “Tush.” The song is the only single off their 4th album Fandango! and became an essential track as it skyrocketed ZZ Top to commercial fame and recognition.

As a ZZ Top enthusiast, you know for sure that Billy Gibbons’ hard and gritty vocals mostly fronted the band’s songs; but for their very first hit, it was the late Dusty Hill who covered the mic. Hill once revealed that the song was written in soundcheck for about 10 minutes.

The song wasn’t intended to be about bottoms or anything for that matter, and instead was born out of a Southern slang coined by singer Roy Head in his song “Tush Hog.” It depended on how you used it,” Hill said in a 1986 interview. “If somebody said, “That’s a tush car,’ you knew they weren’t talking about the rear and of the car…But tush as in ‘That’s a nice tush on that girl, that’s the same as the Yiddish word.”

Speaking with Rolling Stone, Gibbons revealed the origins of the song: “We were in Florence, Alabama, playing in a rodeo arena with a dirt floor. We decided to play a bit in the afternoon. I hit that opening lick, and Dave Blayney, our lighting director, gave us the hand [twirls a finger in the air]: ‘Keep it going.’ I leaned over to Dusty and said, ‘Call it ‘Tush.’”

“It’s that secret blues language — saying it without saying it,” he further said.

For years, it became a part of ZZ Top’s encore. However, since Hill’s passing last year, the band only got the courage once again to perform it in July 2021 in Tuscaloosa, Alabama with Gibbons singing the lead. But, a few shows later, Gibbons felt that it made sense if they’d let Dusty continue to do it. “We’re going to have Dusty singing through the magic of Memorex,” Gibbons said on August 6. The tradition of playing Hill’s last performance after the band’s ending set has remained since then.