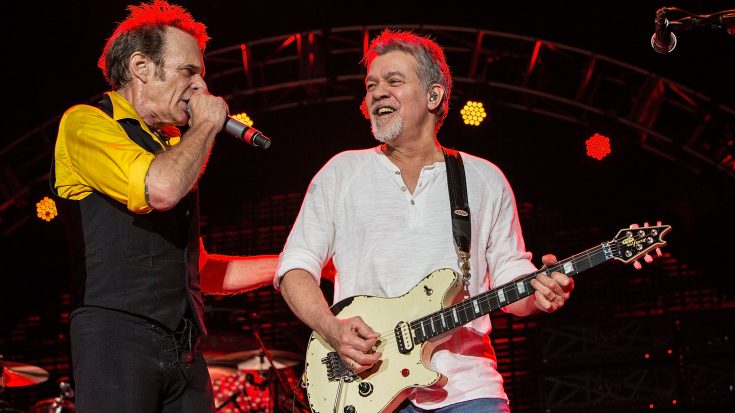 When the hard rock genre lost its way to the annals of the music industry, Van Halen emerged as the true hero and paved the course for the genre to rise again; a credit where credit is due. The original and often cited as the classic members were Eddie and Alex Van Halen, Michael Anthony, and David Lee Roth who shared the stage for more than a decade, until Roth embarked on a solo career, and the band decided to replace him with Sammy Hagar.

But it was only a matter of time that the group would surprise the rock industry once more, much like how they did it when rock was in decline. On the 4th of September 1996, fans and viewers alike watched the world unfold as the 4 original members of Van Halen reunite on the MTV Video Music Awards, right onstage at Radio City Music Hall in New York City.

The surprising get-together of the originals was made possible when the remaining members happened to have a tumultuous year with their current singer, Sammy Hagar. Taking a year off and only releasing a greatest hits collection, Hagar didn’t like the idea of sharing space on the album with a former vocalist, David Lee Roth. But he was unsuccessful with his personal decisions. On another note, guitarist Eddie Van Halen reached out to Roth to discuss the collection and the meeting went extremely well for the two. David even went to the band’s studio and recorded two songs, “Can’t Get This Stuff No More” and “Me Wise Magic.” Alex Van Halen denied the rumors for a possible reunion of the quartet.

But onstage, the people can’t get enough of the band during their segment. It did end well, yet, Roth was astonished to find out that it was nothing but a publicity stunt to attract fans and stir stories about them. Nevertheless, the Best of Volume I went up to charts and Van Halen recruited yet another singer to replace Hagar, Gary Cherone.