The Story Behind “Crazy Little Thing Called Love” By Queen 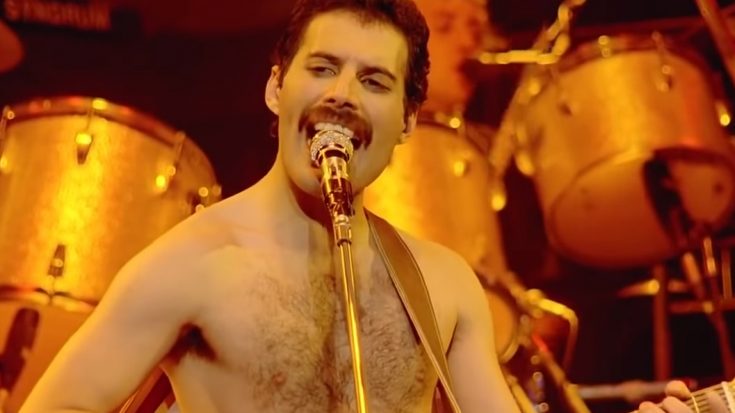 Queen took the laidback route when writing their first No.1 hit single in the US, “Crazy Little Thing Called Love”. The band was contemplating on how to follow up Jazz’s performance, which wasn’t all that impressive when compared to 1977’s News Of The World.

In the Days of Our Lives documentary, Brian May said, “We heard that there was this great studio called Musicland in Munich, and we got into this rather indulgent way of just bowling into the studio with no ideas, or very few ideas, and just doing it from scratch.” Roger Taylor added that the song was the first thing they did off the album, and confirmed the longstanding legend of Mercury penning the track while on the bath.

“’Crazy Little Thing Called Love’ took me five or 10 minutes. I did that on the guitar, which I can’t play for nuts, and in one way it was quite a good thing, because I was restricted, knowing only a few chords,” Mercury shared in a 1981 interview with Melody Maker. The frontman feared that inspiration would soon leak out just as quickly as it came, and arranged for the band to hurry into the studio to record it. Sound engineer Reinhold Mack recalls getting the studio ready in a matter of minutes, where Mercury said to have them record the song asap, or else Brian May would “make things take a little longer.”

Mack was also instrumental in keeping the song true to the rock n’ roll vibe from the ’50s by convincing May to play the solo on a Fender Tele, instead of his usual Red Special. “I used one of Roger’s really old, beat-up, natural-wood Telecaster. I got bludgeoned into playing it. That was Mack’s idea. I said, ‘I don’t want to play a Telecaster. It basically doesn’t suit my style.’ But ‘Crazy Little Thing Called Love’ was such a period piece, it seemed to need that period sound. So I said, ‘Okay, Mack, if you want to set it up, I’ll play it.’ He put it through a Mesa/Boogie, which is an amplifier I don’t get on with at all; it just doesn’t suit me. I tried it, and it sounded okay,” May shared.

Mercury was also forced out of his comfort zone, as he played rhythm guitar on the album and during live performances. “It took sheer guts and bravery. The first couple of nights were nerve-wracking, but it was okay after that. I wrote ‘Crazy Little Thing … ‘ on guitar and played rhythm on the record, and it works really well, because Brian gets to play all those lead guitar fills as well as his usual solo. I’m somewhat limited by the number of chords I know,” he shared in a 1980 interview with Circus.