The Story Behind B.B. King’s Life and Career 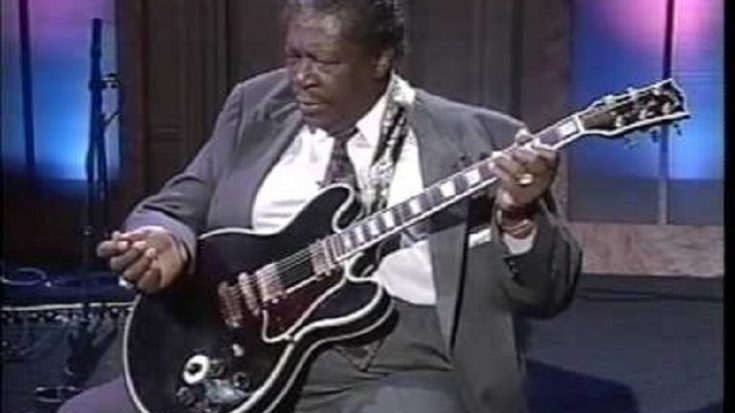 B.B. King is without a doubt a blues icon. After he passed away in 2015, he was known as the “King of the Blues” for his incredible guitar skills, which inspired many other rock stars. However, even though he racked up an amazing 340 gigs a year at the height of his career, it doesn’t imply that his rise to prominence wasn’t arduous. Below, we’ll take you to the stories behind King’s difficult life.

He was born Riley B. King on September 16, 1925, and adopted the stage moniker “Blues Boy” when he became a well-known musician. He was born in Itta Bena, Mississippi, to two plantation laborers’ children. At 5 years old, his parents separated, so his mother relocated to Kilmichael, and the young King became a cotton picker.

He Dropped Out of High School

When his mother and his grandmother died, King had to live with his father’s family but it didn’t work out well. He began to work as a cotton boy once again and left school in the tenth grade. At this point, when he wasn’t working in the fields, he was busily learning music.

King Was Married and Divorced Twice

He married Martha Lee in 1942 and divorced her in 1950. The next one was with Sue Hall in 1958; 8 years later the couple separated. Both of his marriages didn’t produce any offspring, but it was said that B.B. King fathered 15 children out of wedlock.

In 1958, King bought his first-ever tour bus, named the “Big Red,” but it turned out to be a nightmare he didn’t expect. In 1958, the bus crashed into a gas truck on a bridge, resulting in the truck driver’s death. He was later sued by the driver’s family and won, so he was in serious debt for the incident. For several years, he had to play every gig he could find to pay it off.

He Was a Gambling Addict

It was rumored that King spent millions on playing keno in Las Vegas, and would often spend 24 hours just gambling his money, according to his manager, Sidney Seidenberg. It was resolved by the 80s when Seidenberg refused to let King earn gambling credits.

It Took Years For Him to Finally Earn His Spotlight

“I’ve put up with more humiliation than I care to remember,” B.B. wrote in his biography. While his name became renowned in the 50s, right at the start of blues rock, still, it took him over a decade to finally be recognized for his talents.

His Daughters Believed that He Was Murdered

When B.B. King passed out on stage in Chicago in 2014, it was during the middle of a performance. He was placed in hospice care because of his diabetes-related fatigue and dehydration; his death occurred on May 14th of the following year. A murder inquiry was launched by two of the musician’s daughters, Karen Williams and Patty King, who claimed that LaVerne Toney and Myron Johnson, the caretakers who had been assigned to look after the ailing guitarist, poisoned the man. Due to the lack of evidence, no charges could be brought.