The Songwriting Formula Of Lynyrd Skynyrd 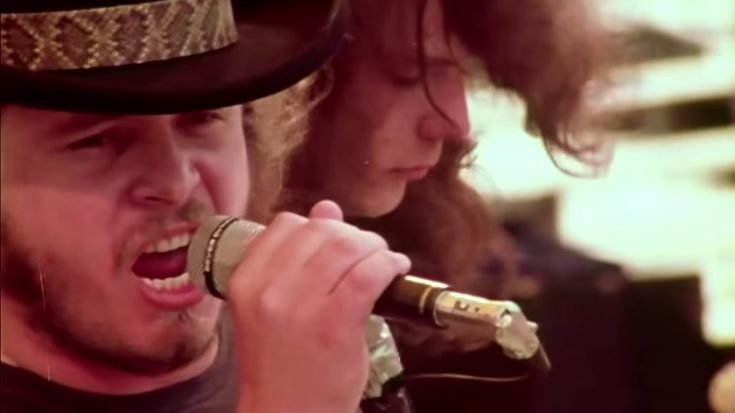 Southern rock was never the same when Lynyrd Skynyrd entered the fray during the early seventies. Starting out as a group of high school buddies who just wanted to have fun, Lynyrd Skynyrd turned to become a lifelong musical endeavor for the members, representing their own brand of Southern rock by mixing the blues with country styles.

The group’s main songwriter – for pre-crash Skynyrd at least, was Ronnie Van Zant. But even if he was the primary creative behind the songs we love, he gives credit to his band members for making it a team effort every time. Gary Rossington adds that: “We kind of just do it all together and when the idea runs out somebody else comes up with something.”

“It’s pretty cool, it’s pretty easy, and there’s not a lot of pressure to write it all on your own. If you get a little verse or a chorus or something in your head you can say it. Everybody else takes off too. It works,” he continued.

They usually wrote about people and their daily lives – simple stuff that their listeners could relate to. One amazing thing about Ronnie is that he didn’t necessarily write the lyrics down when he came to the studio, often coming up with them at the top of his head.

Some of the band’s most interesting numbers include “Sweet Home Alabama,” which was a response to Neil Young’s “Southern Man” and “Alabama”. Although it seemed that the two were in the middle of a debacle, they were good friends and fans of each other. The songs were just full of sentiment and opinion that made the perception of the listeners as such.

“That Smell” is another great cut from 1977’s Street Survivors. It talks about the bad effects of drug abuse and how it’ll claim those who overstep the line, which also became handy as a reminder to the band members themselves.

Lastly, there’s the quintessential “Free Bird”, the Duane Allman tribute that simmers slowly until it blasts off halfway through with Skynyrd’s guitar triumvirate weaving through the seething solo, or in this case, trio attack.