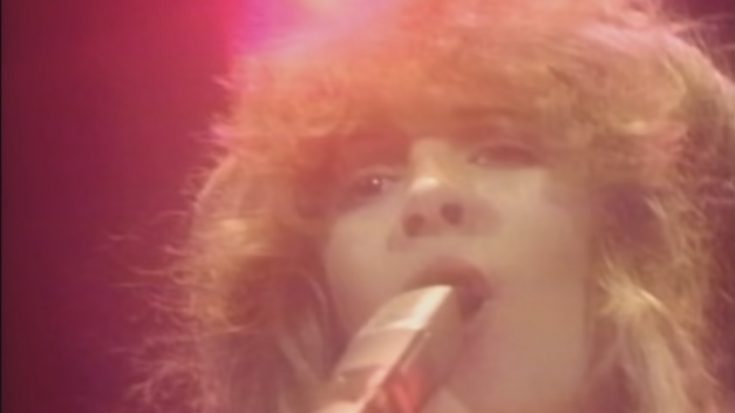 Stevie Nicks’ potent songwriting lies in her ability to wring out personal experiences and lay them out for the listener to experience through music. The singer wasn’t new to heartbreak, but Mick Fleetwood’s infidelity broke her so much. which is quite evident in the song “Sara”.

While the relationship between the two was basically an affair, the stress mounting on their working routine became so great as they were forced to work together even if they didn’t want to. But instead of crumbling beneath the pressure, Nicks made sure Fleetwood knew what he did to her.

Nicks was dating Don Henley at the time, but they weren’t the perfect couple as much as the media painted them to be. Their schedules barely met, which resulted in Nicks getting into an affair with Mick Fleetwood. She shared with Oprah about the relationship, later on, saying that “it was a doomed thing [that] caused pain for everybody.”

Henley and Nicks became pregnant during the late ’70s, but the songstress decided to abort the child as she felt that it wasn’t the right time. The Eagles drummer shared his thoughts on what might’ve motivated Nicks in penning “Sara”.

In an interview with GQ in 1991, Henley said: “I believe to the best of my knowledge she became pregnant by me. And she named the kid Sara, and she had an abortion and then wrote the song of the same name to the spirit of the aborted baby. I was building my house at the time, and there’s a line in the song that says ‘And when you build your house, call me.’”

Nicks wasn’t too happy with Henley sharing these things publicly, even if she admitted that it had some truth to them.  “Sara was pretty much about Mick. So, he was the ‘great dark wing’. And, ah, it was about everything that was going on at that particular time, too, but he was the reason for the beginning of it,” she shared to MTV in 1988.

“There’s little bits about each one of us in that song and when it had all the other verses it really covered a vast bunch of people. Sara was the kind of song you could fall in love with, because I fell in love with it,” she continued.

Nicks eventually admitted that her relationship with Fleetwood was one that was built on sand, not motivated by love or even lust – but by the loneliness falling in the seams of their close ties.