The Saddest Blues Rock Songs Of All Time 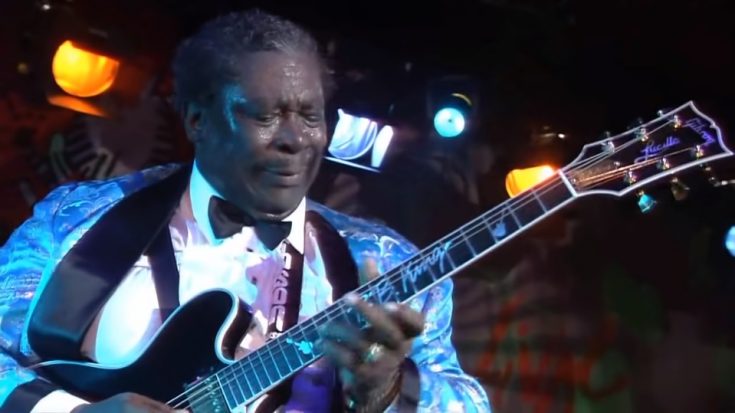 While blues rock is mainly recognized due to its gritty, hard-hitting ensembles, there are songs that just flat out bring the rain to the party. Some may have been personal experiences, put into music, while others a universal sadness that connects to the very basic of human emotions. Whether it be slow, harrowing progressions, or sharp, wailing solos, these songs are sure to bring the blues out of anyone. Here are some of the saddest blues rock songs to have ever been written.

The track came about when George Harrison commented on how Led Zeppelin doesn’t make ballads. Jimmy Page wrote “The Rain Song” in response to this, even quoting Harrison’s “Something” in the intro progression. The melancholic melody is paired with Plant’s poetic lyrics that lament yet show appreciation in a mutual fashion.

Without You – Harry Nilsson

This original by Badfinger has gained popularity with Mariah Carey’s version, yet people often forget Harry Nilsson’s delivery on this one. A truly start rendition, but Nilsson’s performance does the heartbreak for us.

This soulful rendition of McLean takes a page out of Roy Orbison’s own and makes it a serene tearjerker. The lyrics contain emotions welled inside and triggered by simple gestures of affection.

The haunting sadness that comes with this song is the perfect representation of melancholy in a Stones record. Mick Jagger’s powerful vocals convey genuine emotion with this lulling piece.

Piece Of My Heart – Janis Joplin

This heavy rocker channels Joplin’s energy like a river to the sea. Her powerful raspy vocals are accentuated by licks that sound catchy, but is a truly heartbreaking story of a martyr of love.

This ballad by Hendrix deceptively hides the melancholy in its individuality, but comes together as he sings the verses. The gradual transition from whispers to screams to cries offers rising tension easily carried by the laid back progression.

I Wasn’t Made For These Times – The Beach Boys

The seemingly fun progression contrasts the lyrical content of this track. Dealing with alienation, the song expresses the utter sadness of not fitting in to an environment, the song concluding in a haunting demise of notes that echo throughout.

Have You Ever Loved A Woman – John Mayall and The Bluesbreakers

This solid jam is accentuated by piercing vocals, and some of Eric Clapton’s finest playing. It speaks of a love willing to brave through anything, even pain, its intensity coursing through its length.

All Of My Love – Led Zeppelin

This poignant rock tribute to Robert Plant’s son Karac features serene vocals which is quite unusual for a Zeppelin track. Still, it shows the sorrow and love Plant has for his late son.

This silky-smooth track features expressive guitar work courtesy of Clapton. The song, however, deals with George Harrison’s then wife, Pattie Boyd, whom Clapton was crazy for. The desperation is masked in a sweet arrangement of a track.

This dramatic masterpiece by the blues legend himself features a packed ensemble, with brass parts that intensify the feeling of being replaced from your loved one’s life. King’s voice is just a marvel to listen to, with pure soul pouring from real emotions.