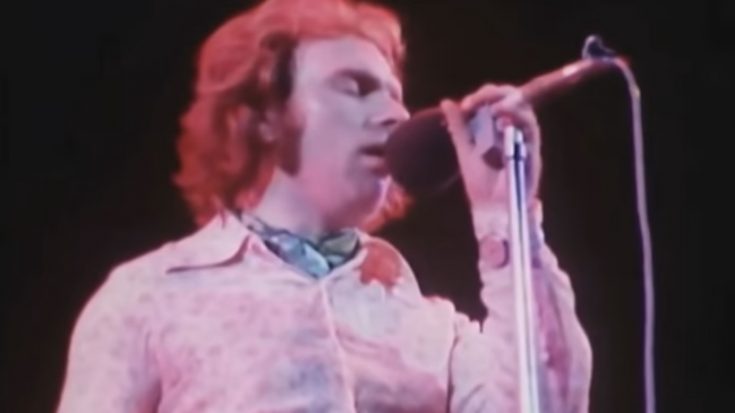 The Irishman musician Van Morrison made sure to inject spirituality into his body of work. Having started with a multi-instrumental background and being a member of the Irish R&B rock band Them, Morrison moved onto new territory by going solo. He made his mark with the iconic song, “Brown Eyed Girl”, and released a staggering amount of records during his career. Here are some of the gems from Morrison’s extensive musical career.

Morrison didn’t care much for length standards when it came to “Summertime in England”. The 15-minute track is drenched in rich and tasteful instruments like horns, strings, and an organ to give it a Baroque feel, while the singer constantly switches the mood with his vocal interruption in between.

In contrast, the standard length “Crazy Face” from his 1970 album, His Band and the Street Choir, is a great number that is often overlooked from his more renowned songs. Carrying a light yet intricate arrangement, “Crazy Face” is a must-hear cut from Morrison’s ’70s run.

The song carries a certain feeling of melancholy with it mixed in with the nostalgia of counterculture. “Old Old Woodstock” builds on the progressive intensity led by Morrison’s goading vocals.

Country was the name of the game in Tupelo Honey, and you’d be sure it was followed by most of the songs, especially “(Straight To Your Heart) Like A Cannonball”. The scat singing and Morrison’s husky vocals are just some of the highlights on the cut, accompanied by lush backing vocals.

Morrison regularly goes back to his non-introspective writing grounds with songs like “Redwood Tree”, which sings about a boy and a dog’s adventure under a storm. It’s just so lightweight and jovial that makes you think twice before accepting that it is indeed a Van Morrison song.

Van Morrison discusses his disillusionment with showbusiness on “Bulbs”. He sings like he’s tired of it all, the weariness creeping into every note as it slowly builds and intensifies into a swell of emotion.

Sometimes, less is truly more. That’s the truth in “Comfort You”, a sparsely-arranged track that talks about providing comfort to a lover or a friend in times of need. Morrison’s voice was intended to shine on the cut, hence the acoustic arrangement.

“Saint Dominic’s Preview” holds an interesting conglomeration of instruments like the piano, organ, lap steel guitar, horns, and more that would totally sound weird on paper but held together quite surprisingly in execution.

Subtle and subdued would be the perfect description for “Crazy Love”. The mellowness of the track is enhanced by the amazing vocal tradeoff between Morrison and the backing singers, not to mention the light yet hearty vibe given off by the clear guitar work on the song.

Morrison is serious in talking about failed aspirations in America with its lengthy somber progression. The thick synthesizer is complemented by quaint piano runs to achieve its intended sound.

He wasn’t afraid to tackle sensitive topics as well, as “Madame George” from Astral Weeks talks about a transvestite elite that Morrison was able to expound on without inciting disrespect.

Morrison enlists the help of guitarist Ronnie Montrose on this track and is enough proof that the cut was destined for greatness. The mix of funk and grit is unmistakable in “Wild Night”, which elevates the listening experience by a long way.

“Stranded” is magic indeed from the 2005 album Magic Time. Carried out by doo-wop vocal harmonies taken from the sixties and Morrison doing the sax work himself, it shows how the Irish singer hasn’t dulled his senses even in the modern setting.

Very rarely you’d find a ballad as succinct as “Someone Like You” from 1987’s Poetic Champions Prose. The masterpiece was carefully brought together to deliver music that isn’t just for commercialization.

Morrison didn’t guilt himself over conforming to the budding New wave era’s love for synthesizers, as evidenced in the song “Wavelength”. It wasn’t his most popular artistic move, but it certainly did become one that aged like fine wine.

“Why Must I Always Explain?” pays homage to Morrison’s Irish roots and also served as flipping the bird to his critics who couldn’t shut up about how Morrison’s music wasn’t like his bestsellers in Astral Weeks or Moondance.

Montrose once again comes into the aid of Morrison, but this time as a rival on the song “Listen To The Lion”. The two are pit against each other in the battle of note production, one with his guitar and the other with his own voice.

In his time with Them, Van Morrison worked with talented songwriter Bert Berns for the song “Here Comes The Night”. It was so successful that it got the band slots into Top of The Pops and Ready Steady Go!, and was also contributed on by Led Zeppelin’s Jimmy Page on guitars.

One wouldn’t expect less of Van Morrison and R&B as he delivers the rich “Days Like This” like he would back in his prime. Brass was the main highlight of this song thanks to the talents of musicians like Pee Wee Ellis, who also worked for Morrison’s personal hero, James Brown.

It’s important to look back from where you came, and while Morrison didn’t abandon the Irish influence, it wasn’t explored as much as it was on the song “Irish Heartbeat”. He wears the badge with pride and takes the time to express his gratitude for his roots in the song.