The Origin Story Of ‘Bad To The Bone’ By George Thorogood 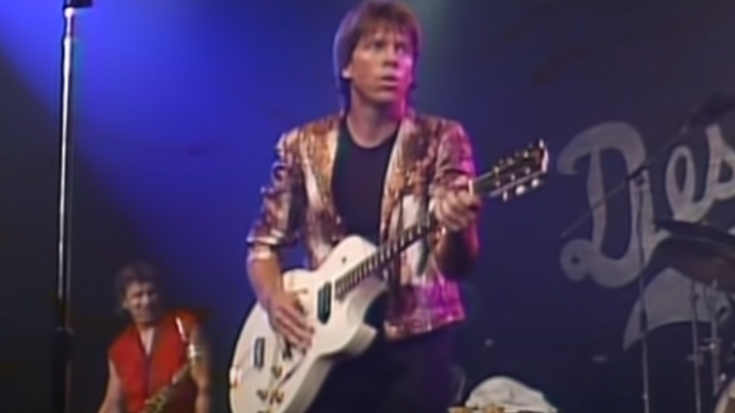 It’s hard not to associate George Thorogood with his classic, “Bad to the Bone.” Now celebrating the song in its 40th anniversary since its release, rock radio stations are still playing the track over and over as if it was released only yesterday.

Thorogood first made waves as a musician who heavily popularized some blues songs that weren’t given any recognition until his versions. Some of those songs were Hank Williams’ “Move it On Over,” Bo Diddley’s “Who Do You Love,” and John Lee Hooker’s “One Bourbon, One Scotch, One Beer.” By not wanting to be branded as a musician who only makes money out of covers, he proved himself to be one of the great singers/songwriters out there.

In an interview with Ultimate Classic Rock, Thorogood shared some pretty good insights about how he first wrote his classic hit – and some other things. When asked about how he came up with “Bad to the Bone,” the musician revealed a story that involved meeting with David Geffen and somewhat coining the title himself.

“We were doing this thing called the 50/50 Tour,” Thorogood said. “Before I went on stage, a gentleman came up to speak with me. He was a very nice man. He was kind of a chatterbox and a little bit shorter than me. He said, “George, I heard you’re writing songs now,” which I wasn’t doing before. I said, “That’s correct.” He said, “Well if they’re anything like ‘[Bad to the] Bone,’ you’ll do alright.” Then he said, “Oh, by the way, I’m David Geffen.” Geffen’s endorsement gave confidence in his songwriting, so he proceeded to release “Bad to the Bone.”

Thorogood also mentioned that the song took him months to finish. In the 80s, rock at that point was already flourishing, so he was struggling to find a suitable arrangement, lyrics, and title that wouldn’t plagiarize others. “Everybody already did everything! Everything had been done at that point. So that was the struggle to find something that would stand out,” he added.

You can read the full interview here.