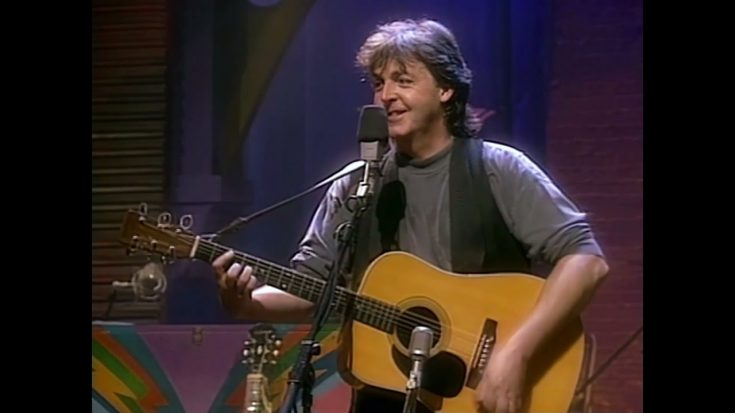 Check out Paul McCartney’s iconic performance at the 1991 MTV Unplugged, and you would know why the musician is so legendary. The footage of the live concert can be viewed below.

MTV’s Unplugged is an avenue for musicians and bands to showcase their talents live and to perform their songs on an acoustic version. With the music show only began airing in November 1989, it was a surreal moment for a former Beatle to grace his presence on its center stage, and let us tell you, it is all worth it.

Recorded at the Limehouse Studios in Wembley London, McCartney’s appearance on the said show marked a key moment that made the show so extremely famous. After recently conducting a world tour and finishing it, McCartney went and share his talents with the same band that he did his tour with Linda McCartney, Hamish Stuart, Robbie McIntosh, Paul Wickens, and Blair Cunningham.

Unlike other artists, McCartney’s performance was the real definition of unplugged: with no amplifiers being used. What they did was they used a variety of microphones to capture all the vocals and instruments.

Below is the musician’s official setlist.

“I Lost My Little Girl”

“Here, There And Everywhere”

“We Can Work It Out”

“That Would Be Something”

“We Can Work It Out”