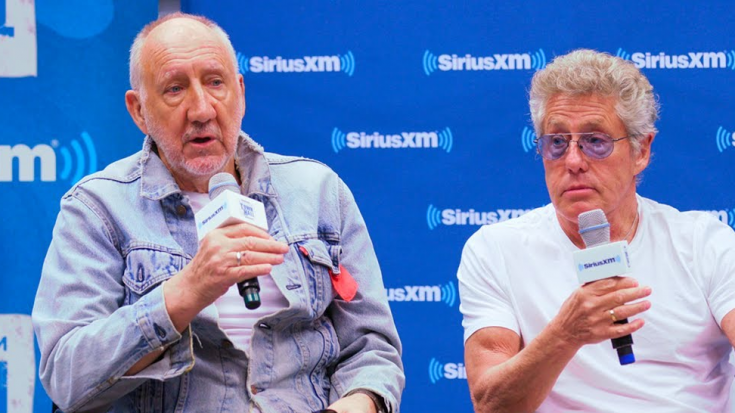 The dynamic between Pete Townshend and Roger Daltrey is infamously unstable. Despite being in The Who for over 60 years, the guitarist and singer’s relationship has gone through several phases – often on rough waters.

Albeit the passive-aggressive treatment of one another over the years, they remained strictly professional when it comes to performing in The Who. However, you might be surprised to know (or not) that the two only wrote one song together: “Anyway, Anyhow, Anywhere.”

“Anyway, Anyhow, Anywhere” was the Who’s second single of 1965. It has some of the earliest examples of recorded guitar feedback and call-and-response lyrics, a technique prevalent in Who songs at the time. More importantly, it had Pete Townshend and Roger Daltrey co-wrote it together, which is unusual given that Townshend usually worked alone on most Who songs.

Inside the liner notes of 1971 Who album Meaty, Beaty, Big, and Bouncy, Townshend explain how the two got to work: “Roger Daltrey helped a lot with the final arrangement and got half the credit. Something he does today for nothing, bless him,” he said. After listening to some Charlie Parker and Dizzy Gillespie, he concluded a new title for the song and wrote some lyrics to it.

Furthermore, he added: “Daltrey was really a hard nut then, and he changes quite a few words himself to toughen the song up to suit his temperament. It is the most excitingly pig-headed of our songs. It’s blatant, proud, and, dare I say it, sassy.” Daltrey and Townshend would never collaborate on a song again, preferring to write songs individually and without each other’s help.