The Mystery Behind Beatles’ “Dear Prudence” 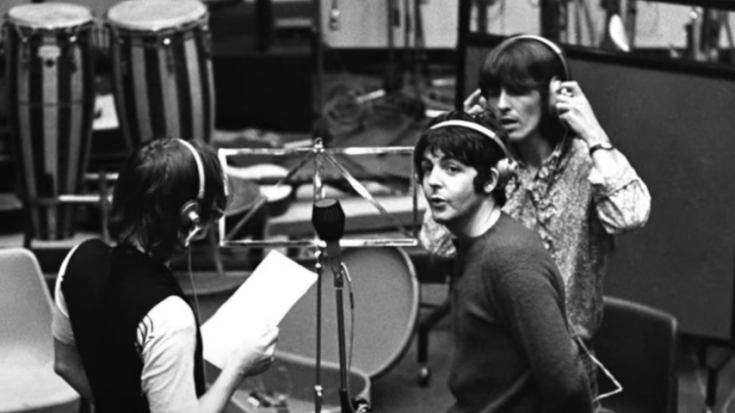 Around the time of the White Album sessions, The Beatles were nearing the end of their collaborative relationship with one another. Tensions were high along the process, and basically, everyone was trying not to breathe too loud, or else a fight would incite out of thin air.

After the fab four’s heavily-publicized trip to India to meditate with Maharishi Mahesh Yogi, it was time for them to record an album once again, which was composed of songs that were mostly written during their stay. Among those tracks is the well-received “Dear Prudence,” written by John Lennon to be about Mia Farrow’s sister, Prudence Farrow, who became too obsessed with meditating that the others started to worry about her.

In the video presented below, the YouTube channel You Can’t Unhear This explains the drum mystery behind the song. In the video, drums were added courtesy of Paul McCartney, and not Ringo Starr, as it was during this time that Starr temporarily left the Beatles from all the tension and the pressure from McCartney’s constant reiterating of instructions on how to properly add the beat to the songs. This, and “Back in the U.S.S.R.” were the two songs that McCartney delivered the drums until Starr came back. It was reported that the members surprised him with flowers all over his drumkit, as a way of saying sorry.

You can watch and listen to the video below.