The Musical Journey Of The Allman Brothers Band 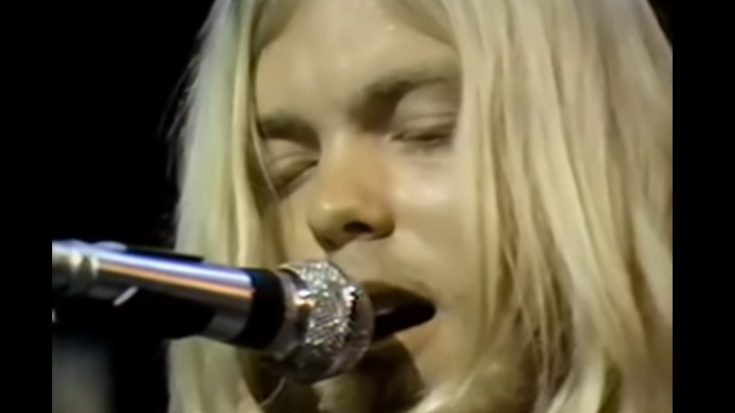 The Allman Brothers Band had an interesting start. Duane Allman was the true trailblazer of the band, burning with an instiable fire for music even in his earlier years. The older Allman had already procured a six-piece group with him; Dickey Betts, Berry Oakley, Butch Trucks, Jai Johanson, and of course, Gregg Allman. The younger Allman remembers how he was initiated into the band by Duane, saying, “I remember walking into this room, and there were two sets of drums set up and Duane is thrusting a lyric sheet for Muddy Waters’ Trouble No More in my hand saying: ‘Now, there’s two extra beats at the end of each measure.’ I’d just got out of the car from driving across the country, and I wasn’t ready for this. I said: ‘I don’t think I can do this.’ And he started going: ‘You little punk!’ at me in front of all these guys I didn’t even know. So I snatched the lyrics out of his hand and said: ‘Kick this motherfucker off’.” And thus, the Allman Brothers’ journey began in the world of rock, marked by alcohol, weed, and shrooms – which found a way onto the legs of the members as a commemorative tattoo.

Soon enough, the band was flying from catalog to catalog. From their self-titled debut album, which employed a blues-jazz mixed with a tasteful take on Southern music, the Allmans sped off to hold a supporting tour with an astonishing 500 shows, before stopping by to do the next album, Idlewild South. But these musicians were no superhumans and relied on several mind-altering chemicals to drive them through their illustrious stage presentations. This didn’t bode well for the band, encountering law enforcement and other scuffles, one even ending fatally. Still, the band continued to create music, evolving with purpose from each iteration.

Live At Fillmore East was released to the world, and garnered critical acclaim from the masses. The live album was compiled from four extensive performances and saw the Allman Brothers in peak form. Nothing was stopping the Allman train now, or at least that’s what the band thought. After coming off the road on October 1971, the band decided it was a good idea to take a rest from the taxing tour life. None would guess that Duane Allman would be taking his rest indefinitely. The tragic death of the founding Allman didn’t end the band’s grief, as days later Oakley, and Gregg’s wife encountered road accidents themselves.

The tragedy prompted the band to go back on the road, as they were still reeling from the loss of their beloved creative. Eat A Peach was drenched in memories of Duane, and still raked in figures even after the band were basically lost in their own world. Fast forward to Brothers and Sisters, Dickey Betts stepped up and didn’t pull punches with the poignant “Ramblin’ Man” and “Jessica”. But then again, tragedy struck, this time taking Berry Oakley with it. Oakley crashed his motorcycle on a bus but managed to get up (albeit dazed) and go home. Little did they know that he was suffering from a brain hemorrhage already, with his bloodstream doused in twice the legal amount of alcohol. His death was auspicious, as his and Duane’s accident sites were less than a mile apart, both were 24, and the accident happened only a year and a week apart from Duane’s own.