The Most Classic Reggae Songs Ever 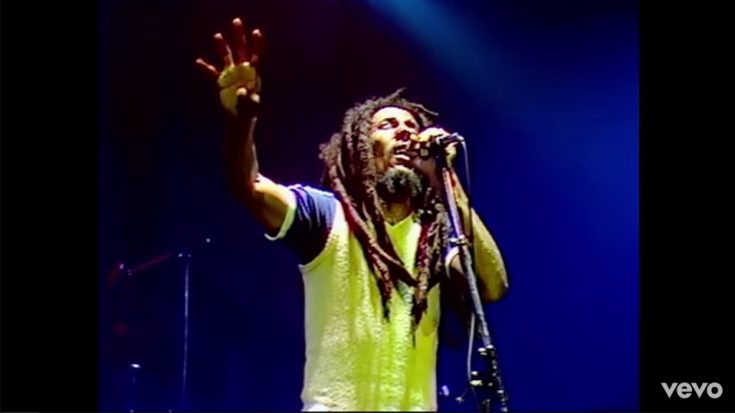 Who doesn’t love the uppity beat and rhythm reggae offers? Hailing from the Rastafarian faith in Jamaica, reggae was influenced by the longstanding rhythm n’ blues and jazz, but with its distinct offbeat rhythm section, heavy and clear bass parts, and a moderate tempo. Its authentic use of Jamaican-English dialects give it a striking distinction from other genres, specially with words that are exclusive to the culture. Reggae has been an artistic conduit to air out social and political commentary, but has also touched on lighter themes of relationships and celebration. Here are some of the tried and true reggae classics of all time.

The highly-infectious energy of “Montego Bay” is apparent from the start, with a fast-paced intro into the sharp and clean vocal parts, which are accented by backing vocals as well. The trilling hi-hat portions adds a treble touch to the bass-drenched progression tastefully.

“Funky Kingston” – Toots and The Maytals

The classic drum roll entry unfolds into a piano progression and a reminiscent vocal “na-na-na” that carries the vibe throughout the track. Freestyle vocals are very prevalent in the track, with scat singing adding flavour and dimension to the swelling modulation of “Funky Kingston”.

A mystical progression is heard throughout the track, with brass accents that fill in satisfactorily. The spiritual lyricism is deeply rooted in Rastafarian faith, and is considered to be a song of praise and worship.

Starting like a blues track, with a call and response dynamic, the track then flowers into a chugging reggae rhythm with a very prevalent bass line. Toots and The Maytals showcase their penchant for filling backup vocals on the track, frequenting the main verses and chorus with a blast.

Bob Marley’s strong accent and rustic vocal quality envelope this classic with a warmth only a true reggae artist could ever pull off. With a more modernized progression that is more pop and country than the distinct reggae timbre and tempo, “Redemption Song” hit it hard with the masses.

“The Harder They Come” – Jimmy Cliff

The funky intro surprisingly leads the listener into the synth reggae progression of the verses, with a light, jovial quality that shields the listener momentarily before the lyrics come to sense. The song of perseverance exudes a positivity on the spiritual level, pushing for success over the hardships of life.

“Pressure Drop” – Toots and The Maytals

The tracks starts of with a very distinct reggae intro, before going into some sort of spiritual hymn vocals that are beautifully blended for a sharp yet rich ensemble. The lyrical delivery is sped up, somehow likened to a rap performance, but with more tone and variation.

“Stir It Up” – Bob Marley and The Wailers

The sublime palm-muted intro proceeds into a fleshed-out and raw Bob Marley vocal, this time on the softer side, the bassline and synth aggregating into a hypnotic lull, and the Wah-infused guitar giving that tinge of extra dimension to the track.

“Israelites” – Desmond Dekker and the Aces

This social commentary by Dekker was inspired by an argument about money he overheard from a couple. The relaxing progression and Dekker’s high vocal register is accented by a droning bass vocal that adds weight to the whole arrangement.

“No Woman, No Cry” – Bob Marley and The Wailers

The phenomenal piece by Marley was and is still misinterpreted by listeners as a realization from personal relationships, but it actually alludes to a political protest of locals under the rule of the British, where “woman” pointed at the Queen. The beautiful arrangement is full of clean and pronounced instrumentation, with accents that ran through the whole track.