The Moment George Harrison Was Attacked At Knifepoint 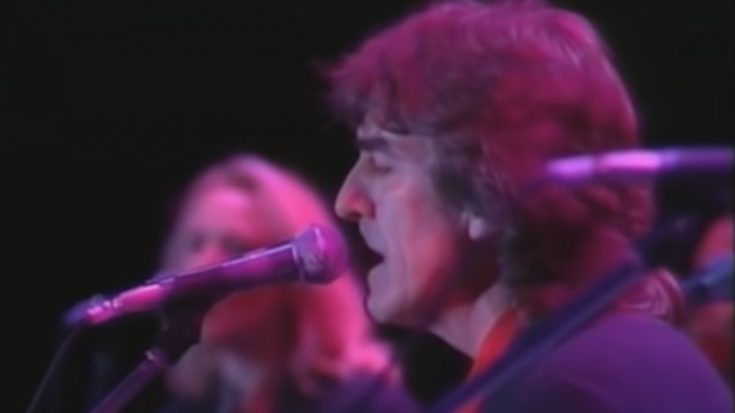 Being a renowned figure in the music industry, e.g., a Beatles member, Geroge Harrison had as many cons going for him just much as the benefits were. It wasn’t unheard of that someone as popular as he was had threats against his life looming around, but it all came too close for comfort during one tragic evening.

As if John Lennon’s murder wasn’t fazing enough, a threat to the life of another Beatle was certainly not impossible in the near future. Surely enough, on December 20, 1999, death came too close for comfort with Harrison when an intruder broke into his Friar Park Estate at about 3 AM by scaling the estate’s walls, dodging security, and breaking a window using the wing of a St. Michael statue Harrison’s wife had made.

Harrison tried to confront the intruder and charged him head-on, only to fail in disarming the culprit and suffered multiple stab wounds as a result. His wife Olivia tried to help and struck the suspect, a 33-year-old Liverpudlian named Michael Abram, with a poker. She was chased after hitting the intruder several times, while Harrison tackled the man from behind.

He still managed to stifle a laugh from the questioning officers when they came to ask about the details of the incident, despite being too close to being fatally injured. He said that the suspect “wasn’t a burglar, and he certainly wasn’t auditioning for the Traveling Wilburys.”

Luckily, he only suffered from a punctured lung at the time. After the investigation concluded, it was found out that the attack was planned, as the suspect “believed that the Beatles were witches who flew around on broomsticks. Subsequently, George Harrison possessed him and that he had been sent on a mission by God to kill him. He saw George as a sorcerer and a devil.”

Dhani, George’s son, talked about how Harrison’s devotion to Buddhist practices helped him survive the ordeal despite dealing with lung cancer as well. He noted how his father had as if almost by magic, healed from the incident, although it might’ve also taken several years off his life on top of cancer.