The Last Interview Of John Lennon And George Harrison Together 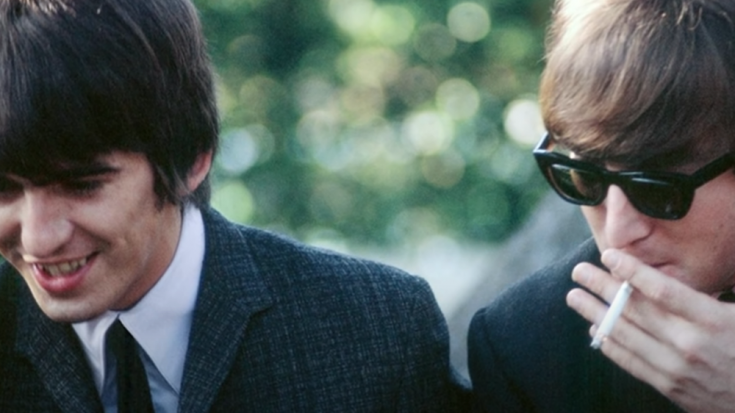 George Harrison and John Lennon were different yet still the same. While many viewed Harrison as the quiet Beatle and Lennon as the blunt one, both can still employ each other’s stereotypes, if the timing’s given.

It’s hard to fathom such, but Lennon and Harrison’s final interview back in 1974 pretty much paints that idea. Both equally respected musicians gave their all to the success and popularity of the Beatles. In the recorded audio interview below, the two have once again shared a moment talking about anything that they can think of. Given the animosity that the two endured when they were still in The Beatles, it’s refreshing to know that they have reconciled and given each other time to speak.

The two talked about writing music, and Harrison also shared how he liked Lennon’s songs such as “Strawberry Fields Forever” and “Norwegian Wood” since the two come out as “inventive” to hear. Lennon also commented how most of the time, his opinion about someone or something changes over time. Harrison also noted how Lennon sometimes help with the latter’s writing process, observing things on what to do or what not to do. And how the two (including Ringo Starr) admired the work of David Bowie (pronounced Boo-wee in America, according to Harrison). The two seemed to get along so well, and it’s quite unfortunate that we’d never get to see them spend time with each other more often than they do.

You can listen to the interview below.