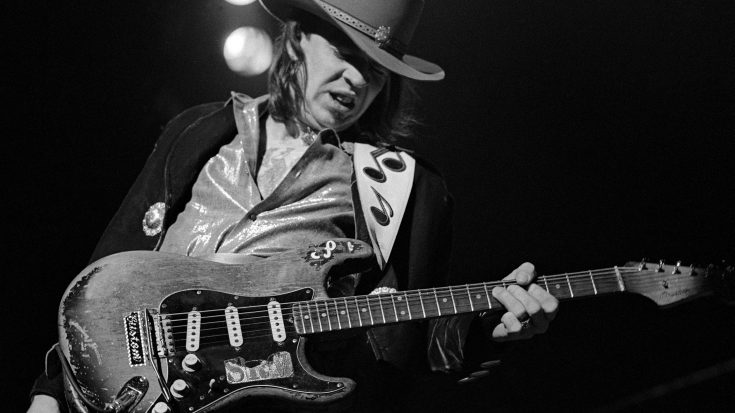 Stevie Ray Vaughan is widely regarded as one of the greatest guitarists of all time and a true blues hero, who undisputedly revived the blues genre in the 80s when hard rock and punk became the sounds of the generation. By then, he attracted music icons to come work with him, including the ever-talented David Bowie, who invited him to perform in Bowie’s 1983 Let’s Dance album.

In 1982, Vaughan’s fame was far from what it would become in the following years. He was a brilliant guitarist, but he hadn’t yet achieved the legendary status he enjoys today. When Bowie recognized his talent, the latter knew he needed the blues rocker for his New-Wavey song. With that, Vaughan’s rich guitar tone and bluesy solo give the groovy track a lot of push. Although the song was well-received and remains a classic to this day, there were a lot of underground disputes that were happening inside the two legends’ collaboration.

Vaughan also managed to perform on some of Bowie’s songs inside the aforementioned album, but it was its titular track that made Vaughan feel uncomfortable participating. The song’s music video caused controversy between the two when in the video, several scenes include David Bowie playing guitar. However, during Stevie Ray Vaughan’s solo, Bowie continues to pantomime playing, which irritates the famed blues guitarist.

“Bowie’s wearing white linen gloves, and Stevie said, ‘That m****r f****r shouldn’t be pretending to be playing s*** he wasn’t playing!’” Vaughan’s drummer Chris Layton said. “He couldn’t understand why Bowie would do that.”

Furthermore, several disputes arose after that. And it got to the point when Vaughan would quit without asking permission when Bowie was about to go on a worldwide tour.