The Greatest Rock Songs Of 1971 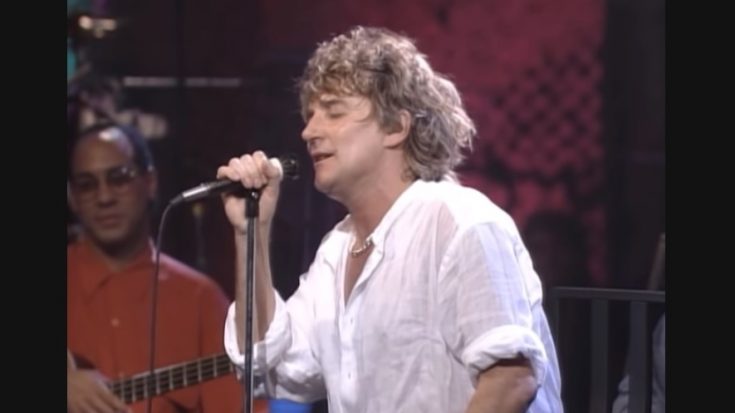 Classic rock was reaching maturity as the 70’s rolled in. Newly-established bands from the previous decades have finally figured out their sound more or less, while veterans continued to dish out traditional material for the masses. Some groups got together, some went separate ways, but what cannot be disputed is the quality of music produced in the decade. Here are some of the best songs from the start of rock’s golden age.

Funk pioneers Sly and The Family Stone set the bar high with the unmistakable groove brought on by “Family Affair”. The electric piano and drum track gives a heavy quality to the track, with riffs and a circular progression that accentuate the whole arrangement. It’s no surprise how the song became a chart topper for the group.

“Just My Imagination” – The Temptations

The vocal group maintained their blues sound on this record, with heavy emphasis on the soul influence. The easygoing vocal harmonies, are countered by heavier brass parts that are hit just hard enough without destroying the mellowness of the whole track. The song about the playful imagination of a man about his romantic escapades with the woman of his dreams is perfectly laid down on the silky smooth progression, making it a pleasure to listen in its entirety.

Marvin Gaye’s funky groove is apparent in this track about the horrid realities of life from the eyes of a ‘Nam veteran going home from service. The butter-smooth arrangement is held together by a heavy bass progression, with brass parts and Gaye’s own vocals hiding the bitter message cleverly.

One of Al Green’s greatest hits is in the form of this subtle yet clever track. Green doesn’t overdo his vocals, with tight falsettos strategically placed in certain parts of the song, while the soulful progression of clean guitars and brass instruments is tied perfectly with the funky bass line.

The classic McLean recording has been a popular culture reference for decades, but the song actually tackles the loss of rock n’ roll’s “innocence”, as symbolized by Buddy Holly’s tragic demise, despite his budding career. McLean’s clean vocals paint the folk rock recording with such clarity and vividness which was rather rare for rock songs of the era, his straightforward formulation being effective even til now.

Just shy of the Beatles’ breakup, John Lennon didn’t waste any time and put his motivations into song, as “Imagine” rolled into public view. The classic piano-driven progression carries Lennon’s universal call for peace and unity, with the arrangement so simple yet resonating with the masses.

“Won’t Get Fooled Again” – The Who

Pete Townshend’s artistic touch fit with the song’s vision quite well, with the whole human-trait-programmed-synthesizer driving the track throughout its entire length. With lyrics pertaining to revolution and power, The Who credited Townhend’s mystical enlightenment towards the song’s conception.

Along with the band’s youthful energy came the song “Brown Sugar”. Credited mostly to Mick Jagger, the song was talking about drugs and girls, which were a whole culture for rock bands and their following. The energized arrangement has blues influences in it, with Jagger’s negligence for reservation upping the song’s ante at live performances.

Rod Stewart’s classic hit talking about his first intimate encounter with a woman much older than him became such a hit, with his iconic raspy vocals and a reserved yet rocking arrangement. The song gives off a sentimental vibe with its progression, and an even unlikely yet welcome participation of a ukulele enhances its rustic charm.

The medieval arrangement of Led Zeppelin’s most poignant composition is a tried-and-true classic that hasn’t aged one bit since its inception. Taking listeners to a far-away land and time, the track changes tempo and modulation as it goes along, eventually becoming a heavy rocker at the middle, before concluding as a poor man’s tale again. The hero’s journey is beautifully portrayed throughout the track’s sections, with lyrics that combine articulation and substance quite well.