The Greatest Bassists Of The 60’s 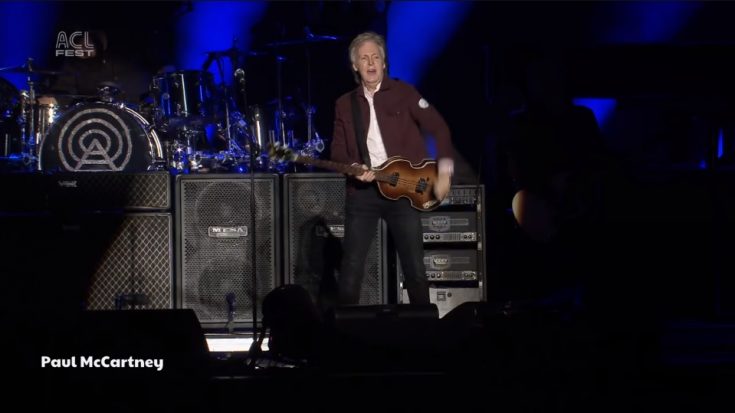 Once again, a lot of fans in the rock industry are so fixated on the lead guitarist, frontman, or even the drummer, leaving a gaping void of under appreciation for the bassists. This however, doesn’t faze the dedicated bassist, who creates the backbone for their band’s sound. Acting as a “shadow” to the melodies of their songs, they add a new dimension to the whole experience. Whether acting in conjunction with the rhythm, or being as extravagant as the lead guitar, with their own licks and flair contrasting the trebled goodness. With this, let us rediscover the greatest bassists of the earlier days, and perhaps the evolution of various genres to what we know now as rock n’ roll.

Becoming a founding member of the British supergroup Cream says a lot about your credibility as a musician. With Eric Clapton and Ginger Baker on the mix, it seemed like the group would go far. But internal tensions eventually broke them up in two years. Nonetheless, Bruce is known for his work on hits like “Crossroads“and “Wheels Of Fire“. Bruce played bass and vocals for several more decades after Cream in other groups, and as a solo stint.

Although the band did not get off until the early 70’s, Butler’s inclusion on the pre-Sabbath band Earth allowed him to gauge the member’s playing styles, especially Tony Iommi’s. They recorded several demos but saw success in late 1969 on the conception of the self-titled debut album, Black Sabbath. Butler is known for using a wah pedal with his bass, and a drop tuning configuration, matching Iommi’s own tuning as well.

John Entwistle (The Who)

The Who’s singer-songwriter bassist John Entwistle is arguably one of the most famous bassists not just of the 60’s, but of all time. His formal musical background allowed him to utilize pentatonic lead lines, and a bizarre full treble, full volume technique. His pronounced plucking technique produced a twangy sound that he improvised everytime they performed live. His penchant for playing at high volumes caught up to him, however. He developed a hearing problem and had to rely on lip-reading as he got older.

Best known as one of the founding members of the English prog-rock band Yes, Squire became one of the best known bassists of progressive rock bands of his time. Entwistle’s Rickenbacker bass produced a clear and powerful tone, with his play style being oriented on melodic progressions. This warm and distinct sound was achieved with Squire wiring his bass in stereo configuration, and letting the output into separate bass and treble amplifiers, creating a sandwiching effect that has a growling overdrive imprint.

While The Beatles’ Paul McCartney isn’t the most technical bassist when compared to his contemporaries, his approach was a no-nonsense, unpretentious bass playing that complemented the band’s sound. McCartney stuck to playing root notes to keep time and establish a melodic harmony for their songs. Later on, in the advent of Rubber Soul’s release, the band had clearly taken a more diverse route from their classic sound, saw McCartney’s liberation by now playing with more variation and flair, creating a more driving tone that was as important as the vocal parts.

Although Grand Funk Railroad was just rising into fame by the end of the 1960’s, it doesn’t exclude Mel Schacher from the list. His sound was described as something that of proto-metal, with a heavy, distorted quality, giving off just a dose of psychedelia from the progressions. Along with the dirty, gritty guitars and vocals, Schacher’s own bass playing stands out amidst the muddled chaos. A true progenitor to classic rock.

Jazz bassist Jaco Pastorious was a prodigy of the bass, and at the age of 17 purchased an upright bass which he diligently drowned himself onto. He attended a Weather Report concert, who was a considerably popular jazz fusion band by that time. At the end of the concert, he approached the band’s keyboardist, Joe Zawinul, and introduced himself and proclaimed “I’m John Francis Pastorius III. I’m the greatest bass player in the world.” This boldness impressed Zawinul and asked him to present a demo tape of his play style. His demo got him the ticket on board Weather Report. Pastorius was known for jazz fusion and Afro-Cuban themed progressions that used artificial harmonics. The resulting sound, paired with the brass section, is a fun-loaded amalgamation of notes that incites the listener to follow the groove.