The First 10 Lynyrd Skynyrd Songs To Listen To 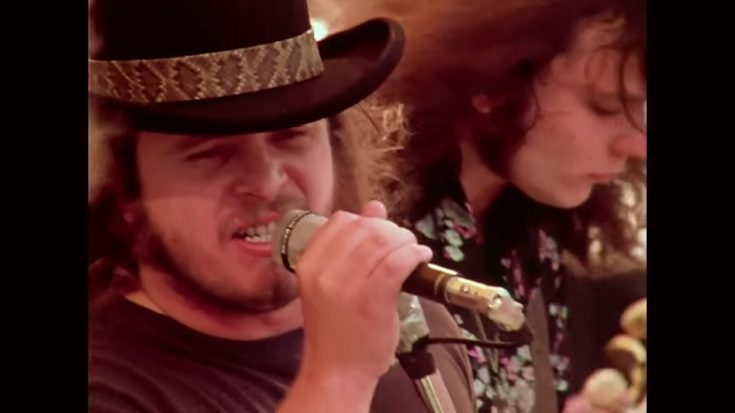 Undoubtedly one of the top players in the Southern rock arena, Lynyrd Skynyrd elevated the scene with their authentic sound and musicianship. The band’s appeal wasn’t only apparent in their Floridian turf, but spread like wildfire wherever the music touched. The original lineup’s activity spanned only a decade or so, and was crippled by the tragic plane crash that claimed the lives of Ronnie Van Zant, Stevie and Cassie Gaines, and some of their roadies.

This doesn’t affect Lynyrd Skynyrd’s reach in any way though. Today, the band is considered as one of the most influential progenitors of the southern rock sound, neck and neck with contemporaries like the Allman Brothers Band. In honor of the iconic act, here are some of the best Skynyrd tracks to introduce a neophyte to!

From the self-titled debut album, “Tuesday’s Gone” is a slow ballad that tells a story about loss and realizations, accented by the clear guitar twangs and the melancholic keyboard parts, making for a poignant sadness in the form of music.

This simple southern rocker is complemented by a perspective of a novice group making its way through the lucrative music industry. A bright horns section add detail to the fun progression, proving the less-is-more principle working its magic on the track.

One of the harder hitting tracks in Skynyrd’s catalog, with Van Zant’s vocals heavy timbre accentuated by guitar wails, and a unique cadence in some parts that adds a clean dimension amidst the ruckus of the ensemble.

A funny account of Ronnie’s real-life encounter in a bar, the song tells the story of him dancing with a woman, and was caught by the husband mid-dance. The catchy riff and lyrics add to the appeal of the comic track’s progression.

One of the most enduring track’s by the band, it starts off with a slow, heavy progression that eventually grows in volume and instrumentation. The timeless tale of a mother’s love and mentoring her child about the realities of life, “Simple Man” is all too relatable for many.

Another one of Skynyrd’s more whimsical tracks, “What’s Your Name” talks about the life on the road, with a celebratory jam that’s accentuated by horns and a trilling piano progression. The song was part of the last album recorded with the iconic lineup.

“That Smell” was a morbid warning for Van Zant and the band against substance abuse and the accompanying risk of death. This action-packed track is known for the backing vocals at the chorus, and fast-paced progressions. It was a foreshadowing for some, when the tragic crash happened three days after the album’s release.

A commentary on gun control and violence, the menacing progression carries the weight of the track. It became one of the heavy hitters of the third album, which came off easygoing to many.

One of the most iconic Skynyrd songs, the signature sound of their earlier material is featured in track. The southern flavor is prevalent with the repeating riff and a guitar and piano riff for an added light pitch. It was written as a reply to Neil Young’s “Southern Man” and “Alabama”.

One of pop culture’s most well-recognized antherms, “Freebird” features the iconic slow power ballad qualities, with a slide guitar homage and Van Zant’s soulful southern voice, and also concludes in a fast-paced jam that’s been an iconic breakdown in rock history, the tempo change being an energy-charged affair known to every classic rock fan on the planet.