The Doors Release Official Video For “Riders On The Storm” 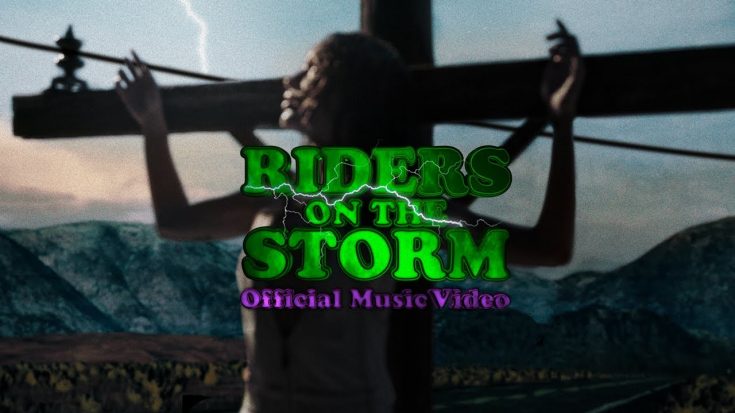 The Doors are currently streaming their official video for “Riders of the Storm,” just in time to celebrate the 50th anniversary of their iconic album L.A. Woman.

L.A. Woman is known for many reasons, two of which are the following: it is one of the band’s well-known albums, selling copies for over 2 million, and is also the final album that Jim Morrison recorded before he died incidentally. The song’s demo version is included among the album’s reissue for its 50th anniversary deluxe edition.

The music video is directed by Adriano Gonfiantini and Brendo Garcia and features the Brazilian actress Gabe Joie on a sequence of adventures in different realms of reality. It is said that the video was made using the same cutting-edge technology as the Mandalorian TV series, which makes it ethereal and dashing.

Apart from the dreamlike tune of the music and its surreal video, plenty of easter eggs can also be observed inside. We can see glimpses of Jim Morrison’s favorite Hollywood bar, Barney’s Beanery, an Alta Cienega Motel where Morrison lived for over 2 years, on room 32, and a woman tied to a post, which is a reference to an image that can be found inside the L.A. Woman original cover. If you’re a fan of The Doors, these easter eggs may excite you.

You can watch and listen to “Riders of the Storm” below.