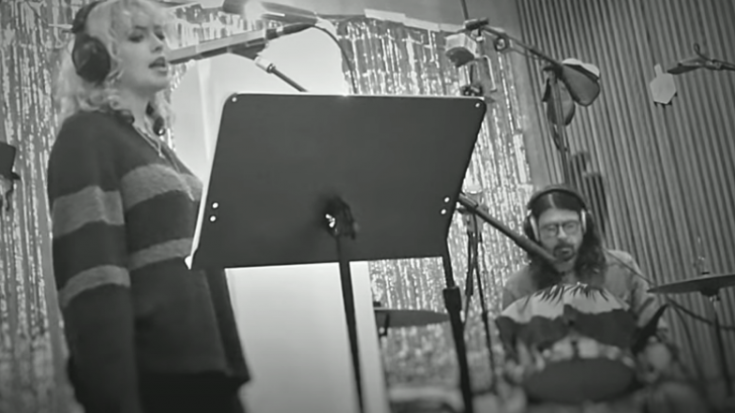 Dave Grohl brings forward his 15-year-old-daughter, Violet, for a ravishing performance of an Amy Winehouse classic, “Take the Box.”

The fifth night inside the “Hanukkah sessions” featured Amy Winehouse and her fireball career in music. Inside the caption of the YouTube video, the Foo Fighters’ frontman commented: “Despite this song’s mention of a ‘Moschino bra you bought me last Christmas,’ it’s common knowledge that the amazing woman behind the song was actually Jewish. Gone far too soon. Winehouse’s great-great-grandfather immigrated to the U.K. from Belarus in 1890, and the one-day powerhouse vocalist grew up attending Hebrew school in London.”

The clip shows Violet Grohl pleasingly singing the lyrics of the song, with her father bringing its beat, and producer Greg Kurstin giving the rhythm from the piano. Both artists also gave backing vocals, an element evidently heard on Winehouse’s original that came from the album, Frank.

“Take the Box” was the fifth installment of Grohl and Kurstin’s Hannukah project, which gave its audience a memorable cover version every night from a Jewish artist. Last 2020, the duo featured the covers of Bob Dylan, the Velvet Underground, the Beastie Boys, rapper Drake, and many more.

You can watch the full video below.