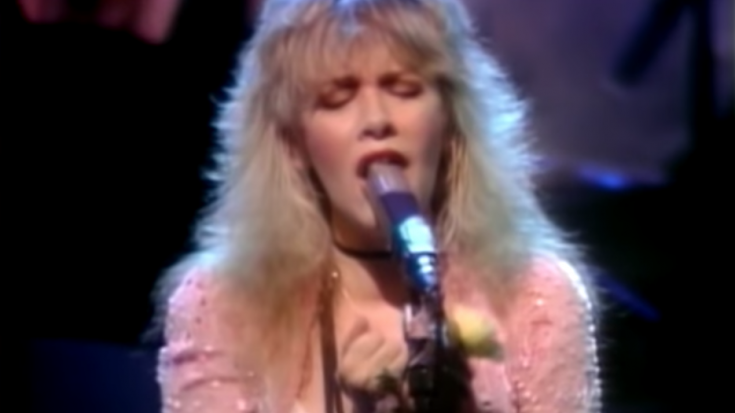 Velvet Underground was where the world’s most uninhibited women of rock would go to dress themselves in their famous threads.  The gypsy styled shop was  in downtown San Francisco and was frequented by the iconic Janis Joplin and legendary Grace Slick. The women set the scene for an entire era of fashion with scarves, velvet, lace, feathers and jewel toned everything. Stevie references the shop in the 1982 release of “Gypsy” by singing “So I’m back, to the velvet underground. Back to the floor, that I love. To a room with some lace and paper flowers. Back to the gypsy that I was.” Here, Nicks also references her primitive living space with bandmate, Lindsey Buckhingham. Their mattress was literally on the floor of their small SF apartment.

The Fleetwood Mac songwriter had just suffered the death of her best friend before the song was released. “I still see your bright eyes,” references Nicks’ best friend Robin who died of leukemia. “This was my best friend from when I was 15 and so I was a solo gypsy all of a sudden and it was very sad,” she contextualized. The lyrics were written after Fleetwood Mac suddenly rose to fame very quickly and Stevie Nicks was trying to cope with fame and tragedy. Nicks explains, “It’s not easy to be a hippie-gypsy when you’re rich and when you’re a rock’n’roll star.” The double meaning of “Gypsy” is beautiful and sincere memoir of the heart’s truest form, before Nicks was phased by her success.