The 40 Year Career Of Def Leppard According To Phil Collen 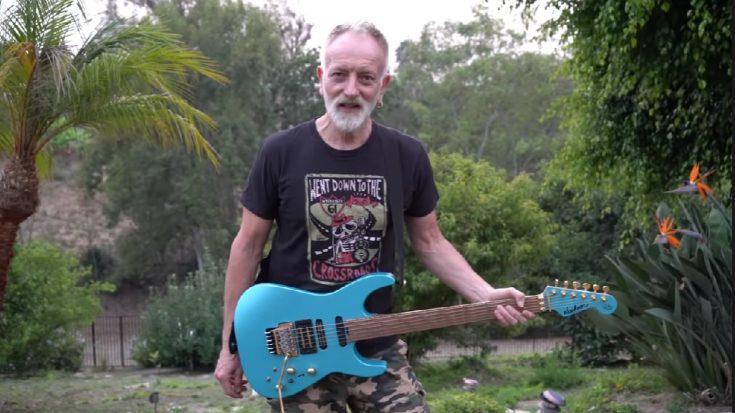 For most bands, longevity in the music industry is a gift worth having. While others opt to get out even before they go down, others love the to remain intact and last hopefully in as much as they wish. For Def Leppard, who struck the lucky chord of being together for 40+ years, this is a massive blessing, and Phil Collen has something to say about that.

In a recent interview with Ultimate Classic Rock, Collen discussed about his life as a musician and how he got the gig as the band’s fantastic guitarist. Joining the band in 1982, he also recently celebrated his ruby anniversary inside Def Leppard.

“I honestly think so many artists in bands don’t reach their full potential ’cause they actually give up before that happens,” Collen said. “I think with all the experience and everything we’ve had in 40-odd years, if you can apply that moving forward then you’re way ahead of the game than anyone else ’cause they never get to reach that magical period. For us, and for me, it’s onwards and upwards, constantly.”

While it took time for him to join the group, Collen and the members’ relationship can actually be traced way back from when they were teenagers. “They’re from Sheffield; I’m from London. They’d sleep on my mum’s couch and on the floor and she’d make breakfast for everyone. I’d stay at Joe [Elliot]’s house up [in Sheffield]. So, we were friends, we were buddies beforehand.”

Things didn’t work well in the group when original guitarist Pete Willis was going through a rough patch. Joe Elliot quickly called his friend for help, and they did the Blizzard of Ozz with Ozzy Osbourne. After the tour, Willis came back, yet, in the following year, he was fired for good, leaving the co-guitarist position to the one and only, Phil Collen.

“It was like, ‘You can sing; sing on this,” he added. “Play some power chords here,’ all the fun stuff, lead runs and licks and all of that — and obviously the vocals, which is a big part of our thing. I was part of the whole thing.”

Now, 40 years later, he’s still a part of the Def Leppard’s picture – with 11 albums to boast for his repertoire. Not only that, but the 12th Def Leppard album, Diamond Star Halos, has recently been released to the public. The supporting tour blasts on June 16 in Atlanta.